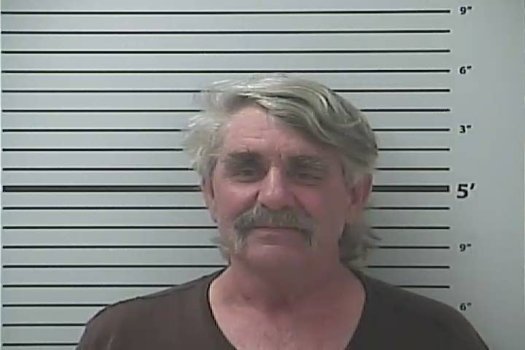 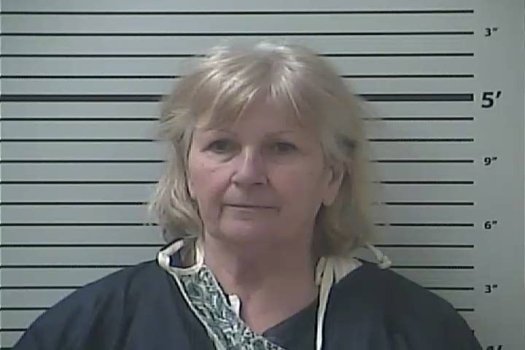 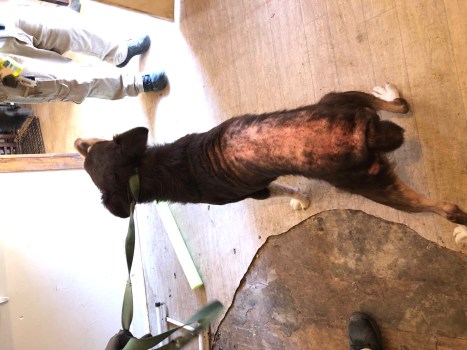 TO BETTER CONDITIONS: This dog was found to have a skin condition due to the living conditions it was being kept in. After being taken out of the care of Lynne Hackney and her partner Miles Allen, the dog’s skin condition has improved. Submitted photo

A Mississippi couple has again been arrested for the cruelty of dozens of dogs in an apparent effort to breed and sell them, even after they were convicted of similar offenses in 2014.
Lynne Hackney, 63, and her significant other Miles Allen, 62, were arrested in July for the abuse of dozens of dogs. The case began with tips from Michelle Veron, who is an independent animal cruelty investigator working with Animal Advocates of Pearl River County. Her evidence showed both suspects were again breeding and selling dogs. Veron said she worked on the 2014 case that resulted in the conviction of Allen and Hackney, and ever since has been gathering any information that would point to Hackney and Allen engaging in acts of animal cruelty again.
In July, Veron turned over evidence to a probation officer that included Facebook posts, emails and fake documentation provided to people who bought dogs from Hackney and Allen, she said.
Based on what the probation officer saw during the subsequent home inspection, which included a number of closed doors in the home behind which the officer could hear dogs, investigators and deputies were sent to the home on July 15, located at 25055 Loblolly Dr., Perkinston, to arrest Hackney for probation violation, said Hancock County Sheriff’s Department Investigator Cole White. During her arrest, Hackney advised the officers that no one would be left at the home to help care for the animals, so all 35 dogs were taken by animal control officers to animal shelters. While collecting the dogs, the investigators also found two weapons in the home, leading Hackney to be additionally arrested for possession of a weapon by a convicted felon. Hackney was booked into the Lamar County jail for those charges. Two days later, White became involved in the case and began working on warrants for Hackney and Allen for 35 counts of simple animal cruelty and drafted official orders seizing the dogs, which were served on July 20. The two suspects have since bonded out, White said.
Conditions in the home were less than ideal for the animals. White said 34 dogs were being kept inside a home that was covered in feces, and one dog kept outside showed signs of aggression. The smell inside the home was so unbearable, deputies and investigators had to wear masks. Even the bed where the couple slept was covered in dog excrement, White said. Some dogs developed skin conditions due to the living conditions, and one dog had a drainage tube installed in its cheek. Investigators noted that there was not enough food and water in the home for all of the animals.
White said the dog with the drainage tube and another dog passed away while being transported to the Hancock County Animal Shelter.
On Aug. 13, Allen petitioned to get nine of the dogs back, but the Hancock County Justice Court denied his petition. White said the couple has 30 days from that time to try to appeal the court’s decision, so there’s a chance they may recover some of the dogs. The other 23 dogs have either been adopted or placed in foster homes. White said she was happy to hear a Beagle and Border Collie seized in the case have been adopted to the same home. The rest of the dogs in the case were either Australian Cattle Dogs or Pomeranians. Hancock County Sheriff Ricky Adam said many of the dogs have been adopted to good homes.
Two of the dogs seized in the case were pregnant and have since given birth to litters, two or three more are expected to deliver their own litters very soon, White said. Two of the dogs with puppies are part of the nine dogs the couple is trying to get back.
Hackney and Allen have been using aliases to continue to sell and buy dogs since their convictions in the 2014 case. The main alias used by Lynne Hackney appears to be “Brenda Fisher,” while Allen went by “Danny Fisher” or “Mike Boudreaux,” White said. The couple also used the aliases when taking some of the dogs to a Picayune based veterinary clinic.
According to previous coverage, both suspects’ prior convictions were part of a 2014 case where they were found housing more than 50 dogs at a home on East Canal Street in Picayune, also in dire conditions either in the home or in an outlying shed without air conditioning. The couple would later plead guilty to one count each of animal cruelty, and several other animal cruelty related offenses. Hackney was also indicted in 2016 for a false pretense charge out of Lamar County after she falsified a hearing test for an Australian Cattle Dog puppy in 2014. During the 2014 case, it was determined that the suspects were selling Australian Cattle Dog puppies via websites called Blue Moon Cattle Dogs, and Bleu Moon Cattle Dogs.
Assisting agencies in this most recent case included the Bay St. Louis Animal Shelter, Pearl River County SPCA, Hancock County Animal Shelter and the Picayune Police Department.