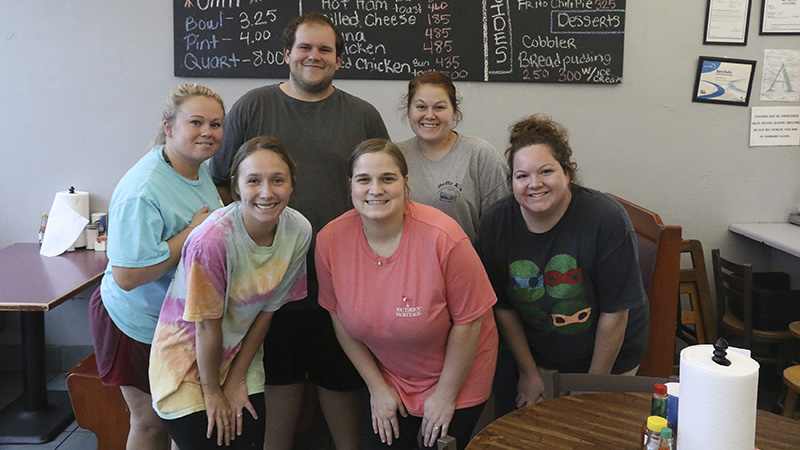 A well known restaurant in Picayune has been under new ownership for the past three years, but it’s still owned by the same family who started it almost 30 years ago.

Joey Breeland said his grandmother, Betty Kendricks, who is also the namesake of the business, started Betty K’s in 1990 along with his mother Joan.

Betty K’s sprouted from the historically locally known Zesto’s, a business Kendricks and her daughter worked at for years before buying it from the previous owners. When the location changed, so did the name of the business.

Back in 2016, Breeland and his wife Cyndi took over ownership and now manage the business on a day to day basis. Joey said he arrives at the business each morning at about 3, hours before the doors open to get ready for the day’s business. And other than dropping one day of being open, Joey said he’s kept everything else the same for the most part. Betty K’s is still located at 700 West Canal Street and is open Monday through Friday from 5 a.m. to 4:30 p.m. Joey said he and his wife decided to close the business on Saturdays to spend more time with their three children.

Daily specials have been popular at Betty K’s for years. Joey said the gumbo sold on Fridays is still popular. Staff typically sell about nine to 10 gallons of gumbo each week, and the red beans and rice are also popular, selling seven to eight gallons weekly.

At times on Wednesdays, Joey and his wife will offer spaghetti featuring homemade meatballs and on some Fridays customers can find jambalaya is being offered as a special. While those two specials are not offered each week, all of the weekly specials customers have come to expect are still on the menu.

The business employs six to eight full time employees, depending on the time of year, and typically closes a week for the holidays of Fourth of July, Thanksgiving and Christmas.

The Breelands said they appreciate the support the community has shown over the years.

“Without our customers, we couldn’t do what we do,” Joey said.