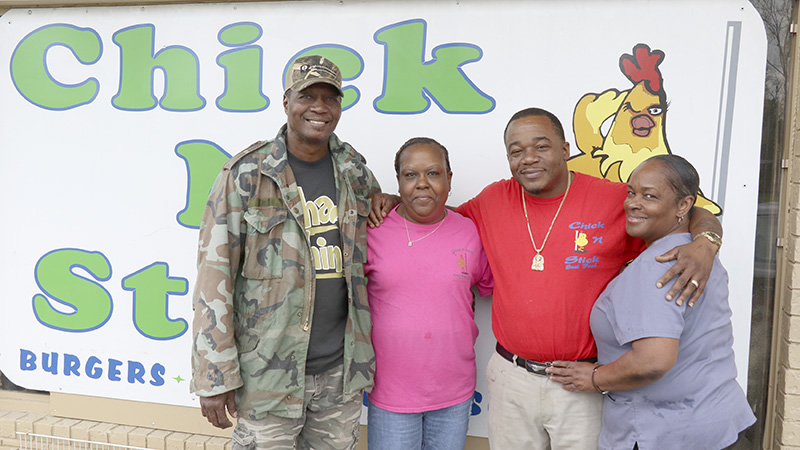 A local restaurant moved to a new location recently and expanded the services offered.

Charles Bates, owner and operator of Chick N Stick, opened the business on Aug. 1, 2015 inside a gas station on Memorial Boulevard. But, when the station was renovated in August of last year, he had to close the business for a time. Bates said while it was closed he looked for a new location that would allow him to expand. After finding that location on East Canal Street, and conducting three and half months of renovation work, Chick N Stick reopened in November of last year at 910 East Canal St.

Prior to starting the soul food themed restaurant, Bates said he worked in concrete construction with his father.

He said he chose to open the restaurant because he initially thought it would be an easy way to make a living, but he quickly learned differently.

“It’s a hard grind that takes a lot of time and dedication,” Bates said.

In its new location, the business continues to feature the well known menu of soul food, along with burgers, chicken on a stick and a full menu of many other items.

Bates said the transition entailed teaming up with Staten’s BBQ and Catering at that business’ location, Picayune.

With the collaboration between the two businesses, customers of Chick N Stick now have access to a pool table, karaoke, live bands, a full bar and the ability to rent the venue for parties or other events. Bates said Staten’s BBQ, owned by Bryce Staten, still offers catering services.

Even though Staten’s BBQ is not on the menu during normal hours, customers still have the ability to order from the full menu, which feature home cooked meals and sandwiches.

Some additions to the business Bates has planned include daiquiri machines, daily specials and an outdoor patio for dining.