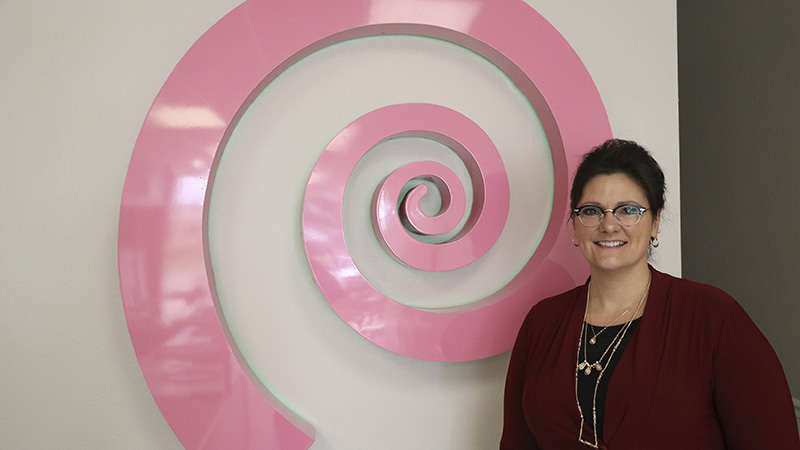 NEW OWNERSHIP: Tracie Putnam is the new owner and operator of Twist Cupcakes in Poplarville. Photo by Jeremy Pittari

A plan made more than 17 years ago finally came to fruition earlier this year when Twist Cupcakes in Poplarville came under new ownership.

New owner Tracie Putnam said her lifelong love of baking started when she was a young girl when she and her mom would make birthday cakes for Jesus. About 17 years ago, the thought of opening her own business crossed her mind, so she started extensive research. However, when it got close to lining everything up, she had second thoughts, and turned to prayer for the answer.

She would eventually set aside running her own business in order to focus on raising her children, who are now adults. The resulting empty nest syndrome brought her back to her journey to open her own bakery, and making contact with the former owner of Twist Cupcakes.

The business is not officially opened. But a soft opening last week was well received by the Poplarville public. She said she and her husband sold about 1,200 cupcakes in that time.

While Twist Cupcakes is capable of baking about 150 flavors, six are the business’ staple. They include wedding cake, cream cheese pound cake, red velvet, vanilla birthday and chocolate buttercream.

Recently, the maple bacon has become a local favorite as well. But, she also takes requests for flavors.

Putnam said she and her husband use the freshest, highest quality ingredients in their cupcakes.

In the future she plans to expand her offerings to include macaroons and celebration cakes, which are smaller cakes about six inches in diameter.

And, she also wants to add gluten free items to the menu, but wants to conduct thorough research to ensure those products are truly gluten free.

In addition to cupcakes, the business also sells drinks, such as soda, milk, water and coffee. Additionally, she is working with an individual who roasts his own coffee, though she said the deal is still in the works so details were unavailable at press time.

In addition to Putnam and her husband, the business currently employs two part-time people.

More than a dozen arrested in early morning roundup