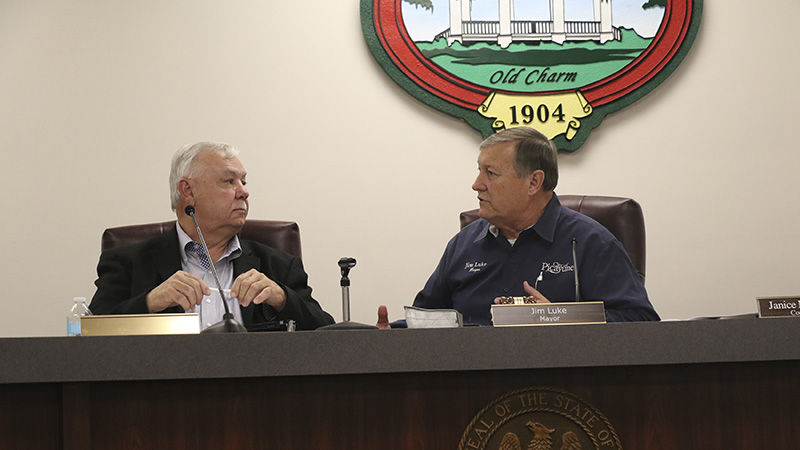 Harvey Miller was appointed the city of Picayune’s city manager during the Nov. 1 meeting of the City Council.

A motion to make that appointment was made by Councilor Larry Beland and approved by all members of the Council.

Mayor Jim Luke said Miller previously served as his assistant city manager when Luke was city manager for about 10 years. Miller has also served as a member of the Picayune School District’s Board of Trustees, where he served as president of that Board for four years.

The Council also approved a motion to sell the Whithauer property as part of a move of the Public Works Department to the former Valspar production facility.

That move will include the construction of offices in the old Valspar building. Public Works Director Eric Morris said adjoining property owners have shown interest in the Whithauer property. A timetable for that move has not been set.

A motion to contract with Axon for vehicle signal units on Picayune Police Department vehicles was also approved by the Council. Police Chief Joe Quave said the signals will ensure body cameras are turned on when an officer gets out on a call or traffic stop. He said they are needed because at times, especially when responding to a heated incident, officers may forget to activate their body cameras manually. This device will turn the cameras on when the officer activates the blue lights of their patrol vehicle.

Construction of an Arby’s location in Picayune has stalled. Planning and Development Director Diane Miller said the construction stalled due to illness within the crew, but work resumed last week. A tentative completion date of the new business is the end of this year.

In other updates, Morris said that crews are adding more space for plots at the cemetery along Palestine Road, and several drainage improvement projects are either complete, or underway.

As for the concerns lodged by residents of the Berrywood subdivision during a previous meeting, Morris said that the city can clean up the area around a retention pond if the city declares it a public nuisance. The cost of that work will be placed as a lien on the property.

The concerns lodged by the residents focused on the potential for children to be hurt or injured while playing near the pond.