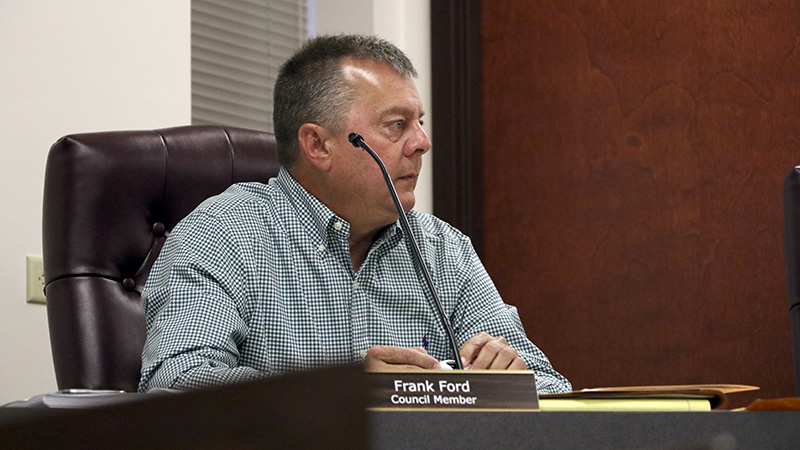 Property maintenance issues in the city of Picayune caused some division between two City Council members during Tuesday’s meeting.

Discussion of the matter started with a request from Planning and Development Director Dianne Miller to set a date for a public hearing to determine if several properties in the city are in violation of the city’s property maintenance ordinance.

Miller said the hearing will determine if the properties in question will need to be deemed a public nuisance, as required by the ordinance. She is typically alerted to any issues by neighbors, community members, business owners and sometimes Councilors.

During a vote to set that date, Councilor Frank Ford abstained, but the rest of the Council voted for the matter.

During discussion of the matter, Councilor Larry Breland asked Ford what property or properties he was concerned about.

Ford said he was abstaining specifically because a piece of property in the Woods subdivision was on the list. He also offered to provide Breland with his reasoning for abstaining, but Breland declined.

At that point, Councilor Anna Turnage said she too wanted to abstain, but was unsure if she could based on one or all properties on the list.

After Ford’s abstention, Breland said he does not want to create a double standard and used a previous discussion during a previous meeting about property cleanups as an example. During that meeting, one property on the list for violations was not voted on by the Council.

At that point Ford offered his reasoning for the abstention, saying he is friends with the property owner in question and in his opinion there are no violations on that property anyone can see from the road. He even challenged Breland to ride by the property to see if he could see any issues.

When the matter came up for a vote again, both Ford and Turnage abstained, while the rest of the Council and mayor voted to set the date for Dec. 6 at 5 p.m.

In other business, the Council approved a motion to accept a donation of $915.50 for the dedication of a memory bench at Crosby Commons. Public Works Director Eric Morris said that there is only one more bench available at that park.