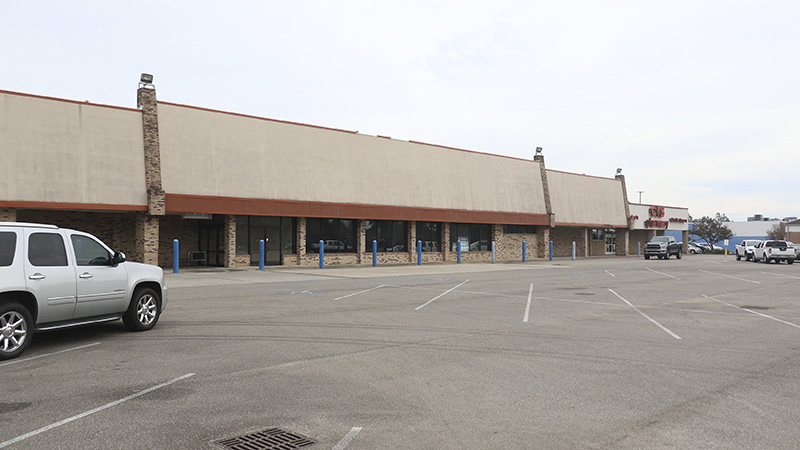 The River Ridge Shopping Center in Picayune has stood mostly empty since Winn-Dixie sold the two locations in Picayune back in 2018 to another company. Thursday, the center was purchased by Rouses Markets out of Louisiana in preparation for a new Rouses location in Picayune. Photo by Jeremy Pittari

Within the next year and half to two years, a new grocery store will be setting up shop in Picayune, Rouses.

The Louisiana based grocery chain recently purchased the River Ridge Shopping Center in Picayune, located at exit 6 off of Highway 43 north, where the north Winn-Dixie location used to be before both locations in Picayune closed years ago.

CEO Donny Rouse said the site was purchased on Thursday of this week, and construction to update the facility to properly represent the Rouses experience will begin in the spring of next year. All told, the company plans to invest $6 million in renovating the interior and exterior of the building. Rouse said he expects the work to be complete the location to open to the public by summer of 2024.

“It will have everything to make it a first class store,” Rouse said. “We’re going to give Picayune the best we can do.”

He anticipates the Picayune location will employ between 175 to 200 people. When complete the store will occupy 40,000 square feet of the total 60,000 square feet. The shopping center also has several other stores, including a CVS, Subway, Chinese restaurant and locally owned businesses.

Rouse said he appreciates the assistance provided by the city’s administration for helping the deal come to fruition over the past few years.

“We are very proud that Rouses Markets saw the value in locating in Picayune,” Mayor Jim Luke said in a press release from Rouses. “My administration and I have been working toward this for a long time.”

Rouse said that while most locations offer liquor, the Picayune location will not offer those products while Pearl River County’s current dry status stands.

Rouses was formed in 1960 by current Rouses CEO Donny Rouse’s grandfather. Now the company operates 64 stores in three states. Most locations operate within Louisiana, but there are three currently operating in Mississippi and eight in Alabama. Picayune’s location will make the fourth in Mississippi for the family-owned company.

According to a press release issued by Rouses, the company is also opening new locations in Baton Rouge, Lafayette and Houma within the next year.