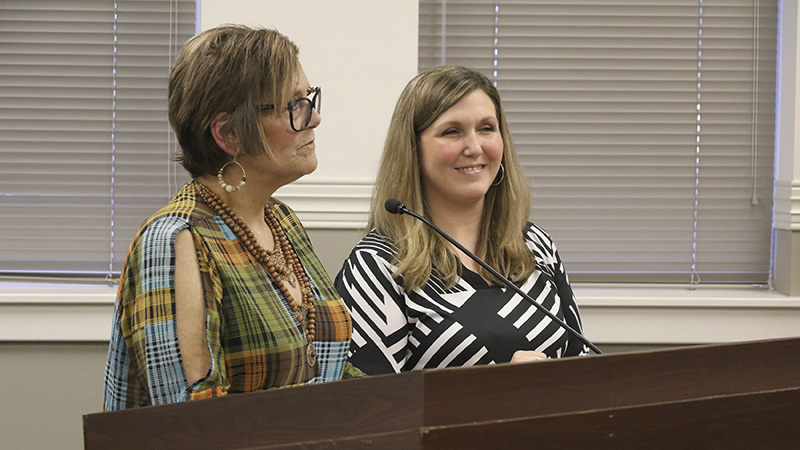 He is also working with Mississippi Power Company to install electrical disconnects on the street lights along Goodyear Boulevard so city employees are not reliant on the power company. Crews are also in the process of making exits 4 and 6 more presentable.

Picayune Police Chief Joe Quave said in the two weeks since the previous Council meeting, officers responded to 757 calls for service and conducted 38 arrests, of which seven were for felony offenses.

Picayune Fire Department Deputy Chief Ronald Reynolds said firefighters responded to 51 calls, of which 24 were for medical issues, two were for structure fires, 12 were for grass fires, seven involved vehicle collisions and five were false alarms. There was also one dumpster fire.

Firefighters also spent some time speaking to children at local schools and daycares.

Planning and Development Director Diane Miller said in the previous two weeks, her office received three new building permits, one for electrical work, two for mechanical and five for plumbing.

She added that the Arc of Pearl River County moved to a new location at 222 West Canal Street.

Grants Administrator Lisa Albritton said a dog costume contest is planned for 10 a.m. Oct. 29 at the Barking Lot, located along Sycamore Road next to Mildred Mitchell Park. Later that night, the community is invited to a trick or treat event at Crosby Commons from 5 to 8 p.m.

She also said the annual Veterans Day parade is set for Nov. 7, and Christmas on the Rails/Shop by Candlelight is set for Dec. 2.

Albritton said she is also in the process of finding someone who can help the city write grant applications. Interim City Manager Harvey Miller said the city is working with the South Mississippi Planning and Development District to apply for those grants.

Lighting improvements are also on the horizon at the city’s tennis courts at Friendship Park. Parks and Recreation Director Trevor Adam said LED lights on the courts will be complete within the week. A delay occurred while waiting on parts to arrive.

This weekend the park will host the Midnight Madness softball tournament to raise money for breast cancer awareness.