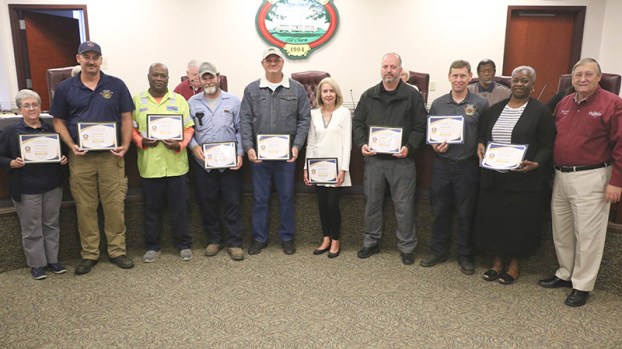 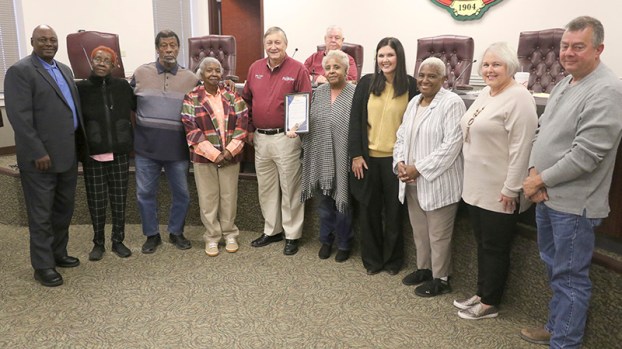 A new day was proclaimed in the city of Picayune, Ozie Price Turner Day, in recognition of her many contributions to the community.

Mayor Jim Luke read from the proclamation as he called the family of the late Turner to the front of the Council Chambers. In that proclamation, Turner was described as a helpful person who stated “If I can help someone, my living will not have been in vain.”

She was a local educator, working as a teacher at East Side and Roseland Park before becoming principal of East Side during her career.

Turner was also a fixture at Pilgrim Bound Baptist Church.

The Council also recognized several long time employees, including Janet Guidry for her 31 years, Ronald Reynolds for his 29 years, Kenneth Magee for his 27 years, James H. Broom for his 25 years, Douglas Ricky Saul for his 20 years, Kris Landrum for her 20 years, Raymond Rickoll for his 20 years, Christopher Campbell for his 15 years and Stacey Dantlzer for her 10 years.

In other business, the Council heard from Picayune Main Street Board member Norman Howell, who reminded the public that a sidewalk sale will take place this weekend on Oct. 21, and 22. More than 40 local businesses in the downtown area are participating in the event and there will be live music entertainment on Friday and Saturday nights. On Friday from 6:30 to 8 p.m. the Thomas Jackson Orchestra will perform before Rock Candy takes the stage at 8:30. The music will wrap up at 11 p.m.

Saturday will feature three acts; Charley Company from 4 to 5:30 p.m., Boley Creek from 6 to 7 p.m. and Cadie Calhoun from 8 to 10 p.m. Tickets for those events can be purchased on the Picayune Main Street Inc. webpage. Tickets start at $25 each.

The event features dozens of vendors offering a range of crafts, wooden furniture, food, sweets and activities for the kids. There will also be a petting farm, bounce houses and entertainment on two stages.

This year a 5K Glow Run will be held on Saturday, however Howell said Picayune Main Street is not organizing the Glow Run. Howell did say a Karate demonstration will take place after the run in Crosby Commons.

The next event Picayune Main Street will hold will be the annual Shop by Candlelight and Christmas on the Rails, set for Dec. 2, from 5:30 to 8:30 p.m. in downtown Picayune. That event features Santa Claus and Mrs. Claus who will be available for photos with children. They will arrive at about 5:30. Train rides and hay rides will also be offered and there will be performances by local piano students and a theater group. Refreshment stations will be spread throughout the downtown area.