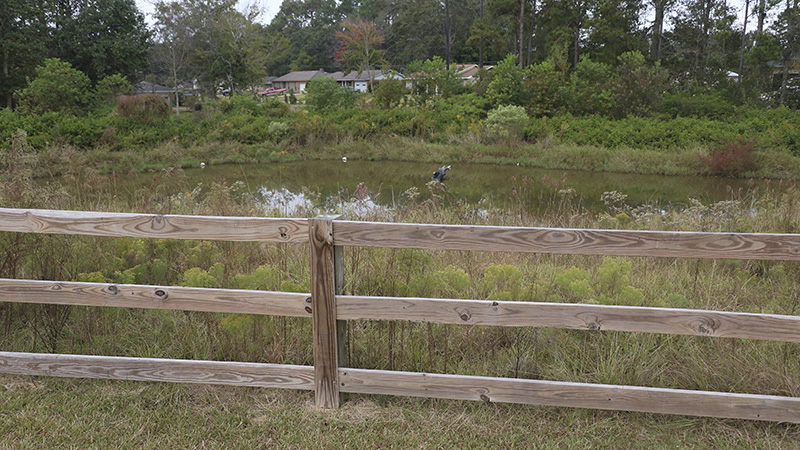 A retention pond in the Berrywood subdivision in Picayune has been attracting area children, who are said to play around the feature. It’s current state also attracts dangerous animals such as poisonous snakes.

Two residents of the Berrywood subdivision in Picayune addressed the City Council about problems they are having.

Doug Deeson addressed the Council first, saying that children have been playing in and around a retention pond in the area. He said the curious nature of children draws them to the gated pond, creating concern amongst the subdivision’s primarily senior population.

The children in question appear to be coming from adjacent neighborhoods. Deeson said due to the overgrown nature of the banks of the pond, there have been reports of poisonous snakes in the area, including copperheads.  He added that the concern is children could get hurt while playing near the pond and a lawsuit would follow.

Public Works Director Eric Morris said that the city does not have an easement to the pond, but does have access to a nearby drainage ditch.

Mayor Jim Luke asked Interim City Manager Harvey Miller to meet with Morris and see if there is a legal way the city could assist in clearing the area.

James Bryan, another resident of Berrywood, addressed the Council about a separate problem at the subdivision, flooding. He said when a heavy rain occurs in the city, the streets flood because drainage in the area is not being maintained. Morris said that while the city does have access to a drainage feature in the area, it only entails a portion of the feature off of Teddy Lane. Deeson added that if the city can find a way to cut the ditch, the residents will pledge to keep it up if it’s not on private property.

Bryan also asked the Council about the potential of installing speed bumps in the subdivision to deter speeding. Morris said speed bumps are illegal on public thoroughfares, but the city could potentially install rumble strips or some other form of speed deterrent.