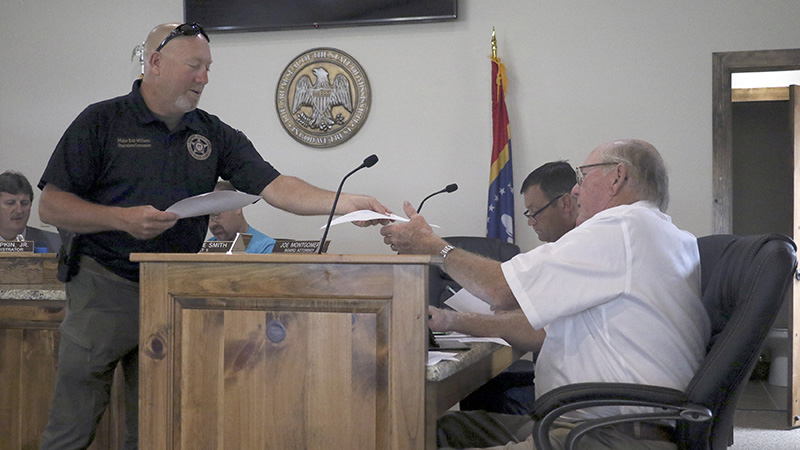 In support of the Poplarville native music group Chapel Hart, the Pearl River County Board of Supervisors declared the week of Sept. 11 to 17 as Chapel Hart Week.

Board President Sandy Kane Smith said the declaration was made in support of the recent success of the native country music group, who has made it to the final round of America’s Got Talent. A watch party will be held at Dobie Holden Stadium on the grounds of Pearl River Community College on Sept. 13. Gates to the free outdoor event will open at 6 p.m. and the show is expected to start at 7 p.m.

In other business, the Board held a public hearing on the proposed budget for the coming fiscal year. During the public hearing, no comments from the public were made. After the hearing was closed, the Board approved a motion to set the millage rate in relation to the budget.

County Administrator Adrain Lumpkin said the budget did not change much from what was presented during a budget workshop held on Aug. 23.

Discussion concerning premium pay to deputies within the Pearl River County Sheriff’s Department determined the county may be reimbursed for the extra pay made to deputies who worked during the pandemic. Lumpkin said all deputies in that agency who were given extra pay totaling about $1,000 in March and April when the pandemic started may be reimbursed to the county. A new announcement from the state also provides premium pay to any deputy on the roster from July of 2022. Those who were not provided premium pay in the first round are eligible, Lumpkin said.

In relation to ongoing work to replace an old bridge on Shorty Burgess Road, Les Dungan with Dungan Engineering said the contractor is on site and the first of many concrete pilings have been driven. However, the crew discovered a natural gas line that needs to be relocated.

Work to replace the old bridge on Pine Grove Road is nearly complete. Dungan said the only work left is to pave the approaches to the new bridge. Gravel has been installed in that area, and he expects the bridge to open back up to traffic in a few days.

Efforts to get the nationwide permit needed to repair the weir at Wilson’s Slough on the Pearl River are also ongoing. Dungan said easements to access the site have been determined but they are still awaiting the permit. He is also curious what impact the increased flow from the river’s current flood stage will have on the structure.

Phase two of the countywide paving project met with some delays due to the bad weather that came through the county recently. Dugnan said the project is about 41.5 percent complete, with 35 miles completed so far and 40 more miles left to pave.