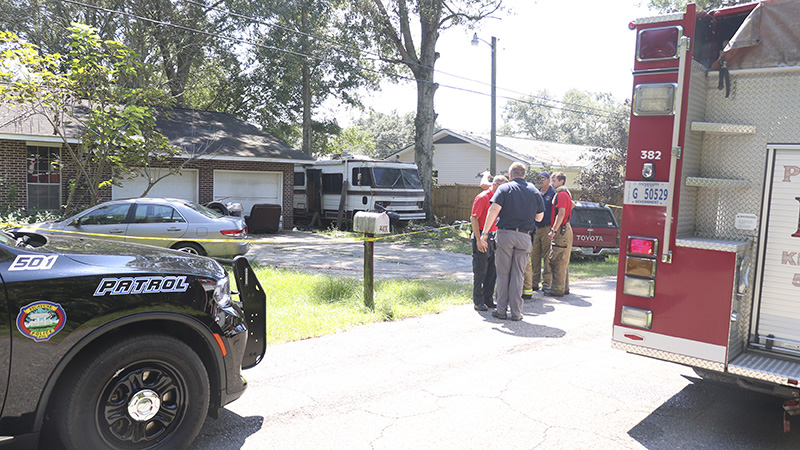 Emergency responders in the city of Picayune responded to a fatality caused by a fire in the recreational vehicle parked next to this house on Dale Street Thursday morning. Photo by Jeremy Pittari

A fire that occurred on Thursday morning in a recreational vehicle involved the death of man.

Picayune Fire Chief Pat Weaver said the fire was called in Thursday at 10:50 a.m. Firefighters responded to the blaze, which took place in a camper parked next to home located at 210 Dale Street.

After putting out the flames, emergency personnel found the body of a man. Pearl River County Deputy Coroner Albert Lee said the deceased was identified as 64-year-old Walter A. Pomelow. His cause of death was listed as being due to smoke inhalation.

An initial investigation into the cause of the fire determined it started due to unattended smoking material. Weaver said no other injuries were reported.