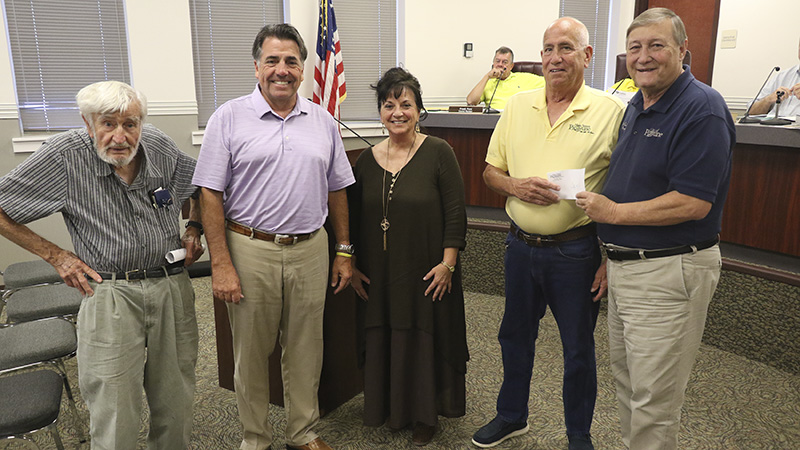 Members of Picayune’s City Council were updated on projects and efforts from various departments during Tuesday’s meeting.

Police Chief Joe Quave said that since the last Council meeting, his personnel responded to 699 calls for service and conducted 16 misdemeanor arrests and three felony arrests.

Officers are also undergoing a two day rapid response class, of which eight officers have attended so far.

Fire Chief Pat Weaver said his personnel responded to 37 calls for service since the last meeting, of which 19 were medical, 6 involved vehicle collisions, two of which involved injuries and two fires were worked. Firefighters also installed 19 free smoke detectors in Picayune homes during that time.

Public Works Director Eric Morris said his crews completed drainage work on Fifth Street, which entailed the use of recycled concrete saved from years of tearing up old sidewalks, curbs and other work. Using that old concrete as rip rap saved the city money, Morris said.

Efforts to conduct drainage improvements in the areas of Merrydale Drive and Martin Luther King Jr. Boulevard are underway and Morris said he is in talks with representatives of the county since that area drains out to alligator branch, which extends down to Nicholson where it bottlenecks.

A lot of construction at the Barking Lot, the city’s soon to be first dog park, is nearly complete with only minor items left. Morris said the plan is still to hold a grand opening for that park on Oct. 3.

Efforts are still underway to remove all pipes that are made of Transite. Morris said about 98 percent of that pipe has been removed from the city’s water system, but the remaining two percent still poses a problem.

Planning and Development Director Diane Miller said five building permits were issued over the past couple of weeks, all for new homes. Those permits generated about $13,000 in revenue for the city. Four of those homes are slated for construction in the Wood Oaks subdivision, she said.

Airport Manager Wayne Wilson said he has been able to get the new weather system up and running so pilots can be informed of current conditions, and he is in the process of repairing the malfunctioning gate system at the entrance. He thinks the problem is temperature related since the gate works fine until the weather gets hot.

And, while there are between two to three hangars available to rent right now, Wilson said he has received at least five requests from pilots to have a place to store their aircraft.