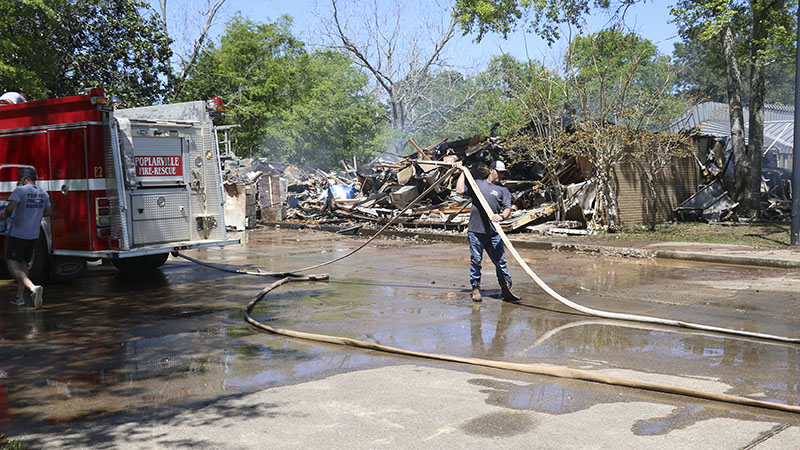 A bid to construct a new MSU Extension Service office building in Pearl River county was approved by the Board of Supervisors during the Aug. 17 meeting.

Two bids were submitted, one from John C. Lee totaling $187,000 and another from Madco Inc. totaling $180,839. Les Dungan with Dungan Engineering said his estimate to construct a new facility was $185,560.

The quote includes top soil and drainage to build a pad for the structure and parking lot.

Dungan said the lowest bidder has indicated that he is willing to work with John C. Lee to have dirt hauled to the site, which is located along Highway 26. The Board approved a motion to accept the bid from Madco Inc.

The old Extension Service office was located on Highway 11 in Poplarville near the campus of Pearl River Community College, but burned in a fire back in April of 2021.

In other construction news, work to replace the bridge on Shorty Burgess Road is expected to start when the crane arrives soon, Dungan said.

Replacement of the bridge along Pine Grove Road is now complete and crews are putting final touches on the approaches to the structure.

Board President Sandy Kane Smith said he has received complaints from residents who live near Pearl River Central Elementary. The complaint is that the person directing traffic during peak hours was sending incoming traffic down both lanes of Alphabet Avenue, which is the only way in our out for residents who live in that area. While parents are picking up or dropping off students, residents in the area are trapped as a result. County Administrator Adrain Lumpkin said he has passed through that area at peak times and noticed traffic was backed up to Apple South, a distance of at least a mile.

Smith said he was told part of the problem was a shortage of bus drivers, leading to the district requesting parents to pick up and/or drop off students, which is leading to more traffic.

Finding parts to keep county road department vehicles functional is apparently becoming harder. Road Department Manager Charlie Schielder said he has been having problems finding parts for the older vehicles, such as a water pump for a 2006 truck even after calling every parts house in the area. He was told it might be a year before he can find the part. Since the problem is not isolated with just that vehicle, he asked the Board to consider replacing some of the vehicles in his department.

Sheriff David Allison presented the Board with a request to give his deputies premium pay for their continued work during the pandemic. However, Lumpkin said the county already paid those employees time and a half over a three week pay period due to those risks, so the department might not be able to give those deputies premium pay again. Lumpkin asked board attorney Joe Montgomery to look into the legality of the matter. Lumpkin said he recently received a letter from Lt. Governor Delbert Hoseman stating the county can recoup any extra pay already made to employees, so he wants to do more research to ensure no one gets in trouble.