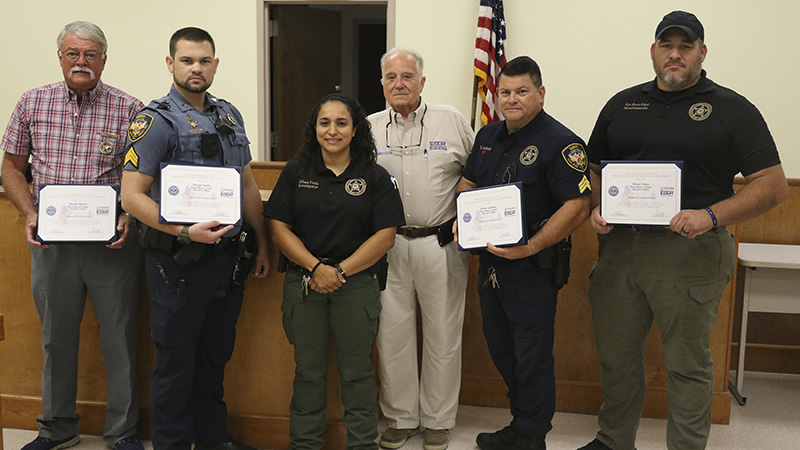 Four members of the Pearl River County Sheriff’s Department were presented with awards for their support of a fellow law enforcement officer’s military duties.

Liliana Torija nominated her four supervisors for the Patriotic Employer Award through the Employer Support of the Guard and Reserve back in May.

She nominated Sheriff David Allison, Sgt. Brian Anthony, Capt. Shane Edgar and Sgt. Joseph Smith for the awards for their cooperation in working with her and her schedule when she had duties to fulfill in Gulfport due to her military service with the Army National Guard.

H. Phillip Muller with ESGR came to Pearl River County on Monday to present the four men with their certificates and officially recognize them for their willingness to help Torija meet her military obligations.

Edgar said he is also a member of the military through the Army National Guard 898, so he understands the requirements enlisted personnel must meet.