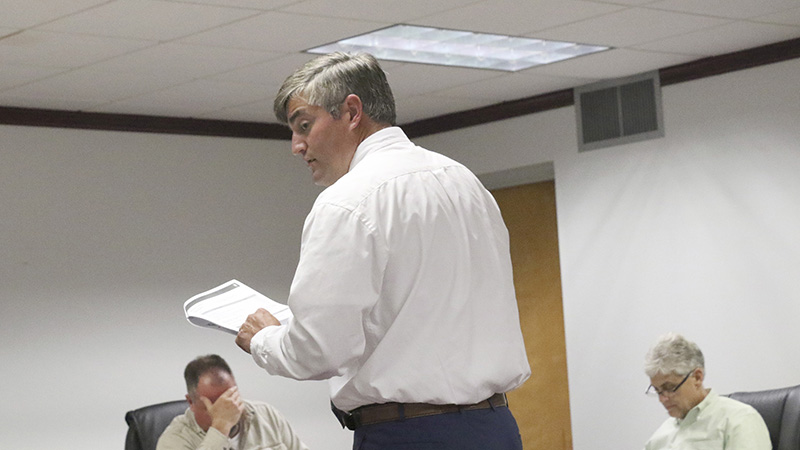 Increases in insurance policies caused the Picayune School District’s Board of Trustees to make some changes to the district’s policy to ensure the campuses are covered.

Stewart Sneed and Hewes Account Executive Justin Ladner addressed the Board last week to inform them that the rates have increased, and some coverage has been reduced.

He said the district has about $75 million in insurable assets, including buildings, and fencing.

The deductible for fire insurance rose from $10,000 the prior year to about $25,000 this year. He said that the $25,000 deductible this year is the lowest his office has seen for policies. Wind coverage came in at $50,000 for a named storm or tornado with a three percent buy in rate.

He said that Nicholson Elementary appears to be the only campus located in a flood zone.

If the Board opted to do a two percent buy in, the deductible for that campus would be lowered to $160,000.

The total cost for the policy at three percent was estimated to be $478,366, an increase of $115,220 from the previous year. District Finance Director Lisa Persick said she put about $480,000 in the budget for the District’s insurance policy.

Ladner said the increases are being seen across all school districts in the region.

During the June 28 meeting, Board member David Mooneyhan said he would not be against opting for the two percent buy in to reduce the risk to the district, especially with the number of named storms increasing.

The Board opted to table the matter to June 30 to give Persick and incoming Finance Director Micah Necaise time to review the budget to see if the district could afford to opt for the two percent buy in.

During that special call meeting, Persick said the Board approved a motion to go for the two percent buy in, increasing the policy from $479,3666 to $536,209.