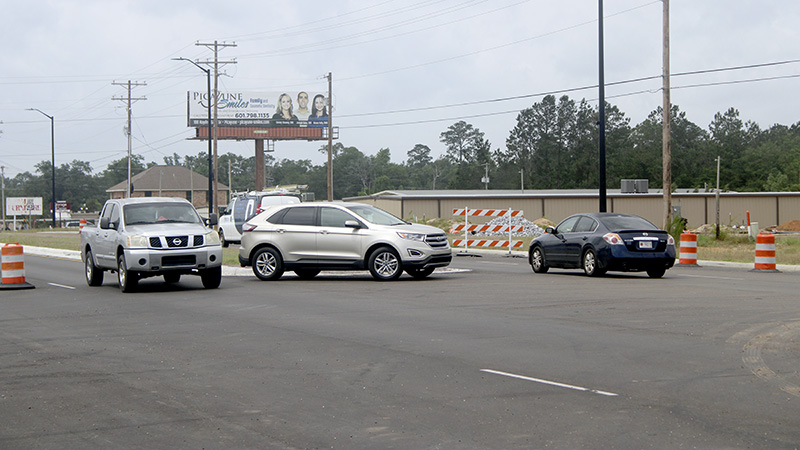 Picayune’s City Council heard some updates about efforts to bring grant funds to the city and accepted several donations during the July 5 meeting.

Picayune Main Street Inc. Director Reba Beebe said she is applying for a revitalization grant that could fund some upgrades at Jack Read Park, including new speakers and overhead lighting.

She added that Picayune Main Street is preparing for a sidewalk sale set for July 15 from 10 a.m. until 6 p.m. and July 16 from 10 a.m. to 2 p.m. All Main Street members will be participating in the areas of West Canal, East Canal and Highway 11.

In the realm of economic development, Pearl River County Economic Development Director Lindsay Ward said that applications are being accepted for the next iteration of the Greater Picayune Area Chamber of Commerce’s Leadership Program. Applications are due by July 29, with a kickoff of the program set for Aug. 25.

Ward added that work in the Industrial Park to start construction of a facility for incoming company called Americlean resulted in the clearing of the 6.1 acre lot. The next step involves permitting from the Mississippi Department of Environmental Quality.

During that meeting, the Council also approved a motion to sell old patrol vehicles currently in the Picayune Police Department’s fleet and purchase new ones under a lease purchase agreement. Quave said that while some old vehicles will remain in the fleet in case they are needed, every officer will have a good vehicle after the purchase.

The Council also approved a motion to assume the maintenance and power bill costs associated with the 75 new street lights installed as part of the Highway 11 widening project, accepted the donation of 12 cypress trees from Home Depot and accepted a donation of labor and material from Chevron to install new LED lighting in hangar number J1 at the Picayune Municipal Airport.

Public Works Director Eric Morris said the new hangar lights to be installed by Chevron will not cost the city any money until the new bulbs need to be replaced.

The Council also approved a motion to take over the electricity costs to operate the traffic signal at the intersection of East Lakeshore Drive and Highway 11. Morris added that the city also took over electrical costs for a new control module installed on the water tower along Stemwood Drive, which communicates with other traffic signals in the city added as part of the Highway 11 widening project. Morris estimates the two new meters will cost the city about $1,200 annually in electricity costs.

The Council also approved a motion to pay Dungan Engineering $9,970 to conduct conceptual design to apply for a grant to potentially receive funds from the Mississippi Department of Transportation to construct a “gazebo, covered walkway and restrooms located at the southeast corner of Crosby Commons and at the adjacent property recently purchased by the city.”

When Councilor Frank Ford asked if the city would have to pay the engineering fee after the grant is received, Devin Hedgepeth with Dungan Engineering said it would have to be paid once the Council approves the matter. Mayor Jim Luke added that he has been assured by MDOT’s Southern Commissioner Tom King that King would “give every consideration” of awarding that grant to the city, but it is not guaranteed.