Cemetery Board appointed by Council 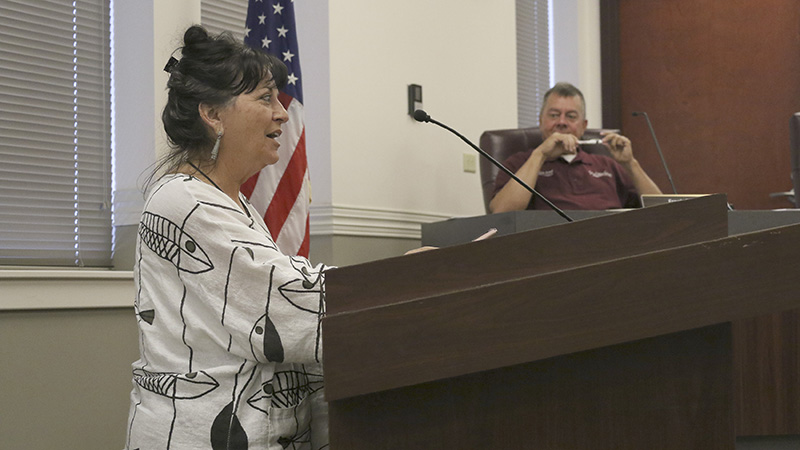 Appointments to the city of Picayune’s Cemetary Board were approved by the City Council last week.

Planning and Development Director Diane Miller brought the matter before Council during the last meeting, asking them to consider reappointing current members or appointing others.

Councilor Larry Breland immediately made a motion to reappoint all five sitting members, but was asked to rescind that motion because the agenda stated the seats had to be handled individually. Breland then “reluctantly” withdrew his previous motion and then made a motion to appoint or reappoint each member individually. City attorney Nathan Farmer reminded the Council that all members of that Board are volunteers, and therefore are uncompensated for that service.

When it was suggested that Pearl River County Coroner Derek Turnage continue to serve on the Board, Councilor Anna Turnage, who is his wife, informed the Council that Derek Turange no longer wishes to serve on that Board so she will appoint someone to replace him.

Councilor Anna Turnage then appointed Susan Spiers to that position to represent Precinct 1, and Councilor Frank Ford seconded that motion, which was subsequently approved.

When the appointment for Precinct 2 came up, Councilor Lynn Bogan Bumpers recused herself, before Councilor Jan Stevens reappointed Walter Bogan. That appointment was also approved by the rest of the Council.

Stevens then made a motion to appoint Ashe Curtis, the new owner of Picayune Funeral Home, to fill that position in Precinct 3, which was also approved.

For Precinct 5, Ford reappointed Steve McDonald from McDonald Funeral Home to continue to serve on the Board. That nomination was also approved.

In other business, the Council approved a motion to contract with Datastar to provide IT services to a new Police Department office added at the old Valspar building.

Picayune Main Street Inc. Director Reba Beebe also gave the Council an update about the upcoming fall Street Festival. She said she is still registering vendors for that event and there are plans to add a petting zoo. Another change will entail the 5K run being held during the night instead of the day, making it a glow run. Bounce houses will also return to the biannual event in the fall.

Special Projects Director Lisa Albritton informed the Council that an update to the city’s website is coming that will include a new design and more security. The new site will be searchable and ADA compliant. Citizens can also sign up for agenda and event notifications to be sent via email.