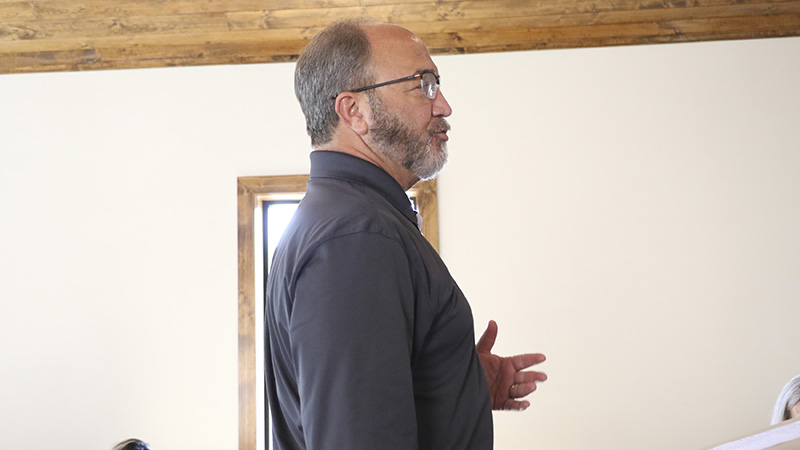 New administrators will be heading up operations at the two hospitals within Pearl River County.

Newly named Vice President of Forrest General Hospital Bryan Maxie introduced the Pearl River County Board of Supervisors to the new administrators of the local hospitals during Wednesday’s Supervisors meeting.

He said Kevin Hedgepeth will be taking over the duties of administrator at the Pearl River County Hospital and Nursing Home in Poplarville, while Alania Pendarvis Cedillo will take over administrator duties at Highland Community Hospital in Picayune.

Maxie said he will still oversee operations in the region and he will be answering directly to the Board of Directors.

As the medical facilities move forward under the new leadership, Maxie said the aim will continue to be to provide better medical care each day and grow the existing facilities.

When members of the Board of Supervisors asked about current cases of COVID-19, Maxie said the staff is dealing with an increase in cases, but most do not need hospitalization. He said there are about 10 to 12 cases that did require hospitalization, but those numbers are nothing like what they saw in the past.

However, the increase has resulted in staff being required to wear masks once again. But Maxie did say this current strain appears to cause milder symptoms that pass more quickly.

Additionally, staff shortages continue as it becomes increasingly difficult to pay the rates people are requesting, which are three to four times higher than the hospital can afford, he said.

The Board also heard from representatives of the South Mississippi Planning and Development District. Kristyn Gunter, SMPDD special projects division director, said that during the last fiscal year the county received $1.9 million in benefits and services for the $53,583 contribution provided by the Board of Supervisors. Those services included more than 50,000 meals being delivered to the homes of those who are homebound, $2,500 worth of scholarships being provided to county residents and 315 people participating in the workforce development program.

She added that COVID-19 response funding led to the county earning a credit of $16,000 with SMPDD for the 2020-2021 fiscal year, which she said could be applied to the next fiscal year, or issued as a check.

Additionally, SMPDD started a new program that can help provide at-home vaccinations to senior citizens and their caregivers.