Man found dead in I-59 ditch on June 3 identified, police ask for public’s assistance to solve details of his death 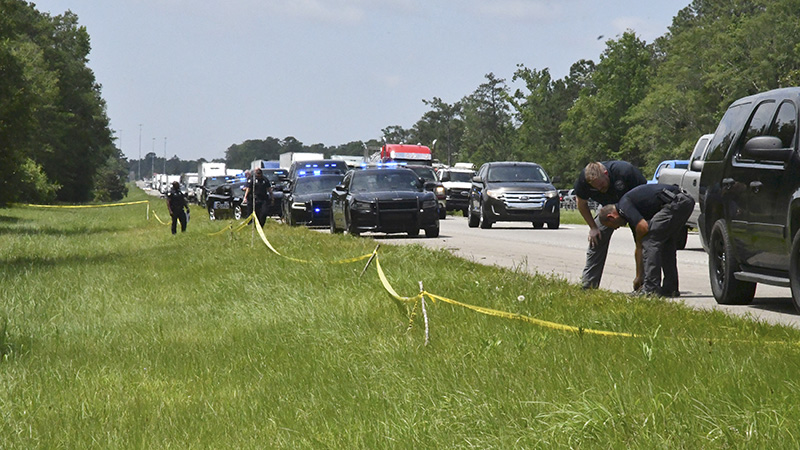 The remains of a man found on the side of Interstate 59 have been identified, but the exact time and manner of when he suffered the injuries that led to his death are still under investigation.

The morning of June 3, officers with the Picayune Police Department were sent to the northbound lane of Interstate 59 in relation to a body being discovered in the ditch. An autopsy conducted this week determined he was possibly struck by a vehicle while walking along the interstate late at night a day or two prior.

Pearl River County Coroner Derek Turnage said the deceased has since been identified as 36-year-old Gregory James Ward of Picayune. His cause of death was listed as being due to injuries sustained from being struck by a motor vehicle.

A social media post by the Picayune Police Department states that the man was possibly struck on the night of June 1. The man, described as wearing blue jeans and no shirt, was last seen on that date walking south bound in the north bound lane near exit 6 just before 11 p.m., the post states.

“We are asking that if anyone saw him walking, or saw anything suspicious, to come forward to help us in putting a time line together,” the post states. “We have reason to believe that the person who hit him may not realize that they hit a person.”