Kayakers getting lost while on the Pearl River 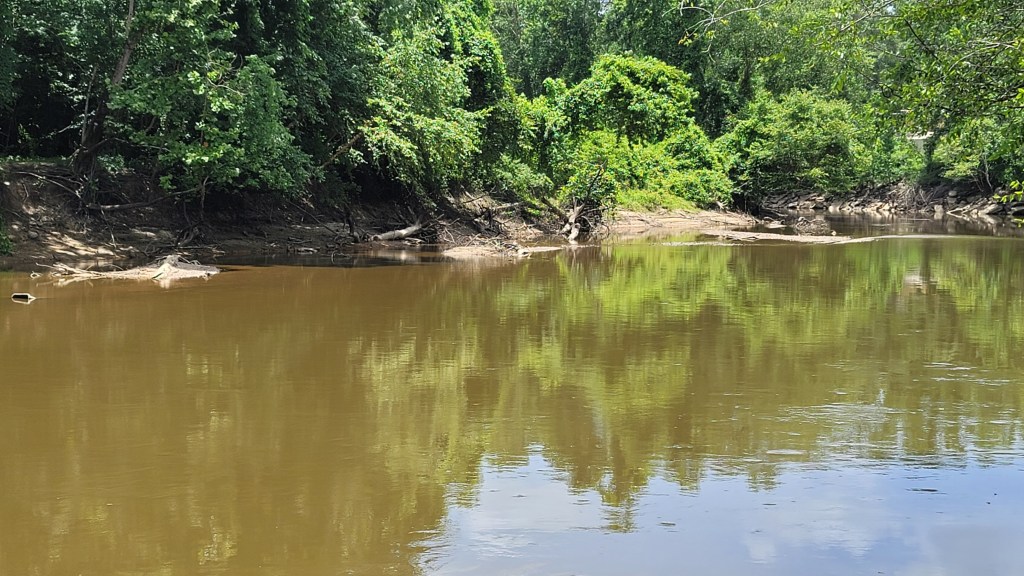 The failure of the weir at Wilson Slough has caused several sand bars along the East Pearl to become visible. The low flow, combined with several log jams, prevents kayakers from launching from Walkiah Bluff and reaching the Pearl River turnaround near Nicholson, instead taking them to lock 1 in Louisiana. Photo by Jeremy Pittari

Kayakers setting in the water from the Walkiah Bluff boat launch intending to end up at the Pearl River turnaround at the state line near Nicholson have been ending up in Louisiana instead.

Pearl River County Emergency Management Director Danny Manley informed the Board of Supervisors about the issue at the last meeting, and asked the Board for permission to install a sign along the river that would alert individuals of that fact.

Manley said he was alerted to the problem when local rescue volunteer Steve Seal informed him that several people had to be rescued when they got lost along the river.

Manley said the river used to bring travelers of the Pearl River to the Nicholson exit, but over the course of the past several years the path of the river changed. So now, there is no way for someone leaving the boat launch at Walkiah Bluff to reach the river near exit 1.

When those kayakers get lost, their attempts to reach emergency personnel result in their call being picked up by first responders in Louisiana, and they have trouble identifying where they are.

Anyone deciding to launch at Walkiah Bluff’s boat launch at the water park will end up at lock 1 in Pearl River Louisiana, not Nicholson. That trip is expected to take between nine to 10 hours under the river’s current low flow levels.

Seal said the current low flow level, combined with the log jams, make it extremely difficult to get to the East Pearl River near Nicholson from that launch point.

Kayakers who wish to float down a river and arrive at the east Pearl River near Nicholson should launch from the West Hobolochitto Creek boat launch located along Burnt Bridge Road. That trip will entail navigating some obstacles such as downed trees, sand bars and other blockades, making the trip last about five to six hours under current low flow levels due tot the recent breach of the weir at Wilson Slough, Seal said.

Seal suggests making a plan before undergoing any kayak trip, such as notifying friends and family of the intended launch and arrival point, bringing plenty of water, snacks, a dedicated flash light and a fully charged cellphone. A first aid kit and personal floatation device are also suggested when going out on a creek or river. A flash light, as opposed to relying on the light emitted from a cellphone, is suggested to save the battery life on the cellphone, and to ensure adequate light is available.

If for some reason the kayakers get lost or become disabled, they will want to call 911 and provide as much information pertaining to their current location as possible. When experiencing such an emergency, it’s best to stay on the water and not wander into the woods since staying on the water will make it much easier for rescuers to locate those who are lost or hurt.