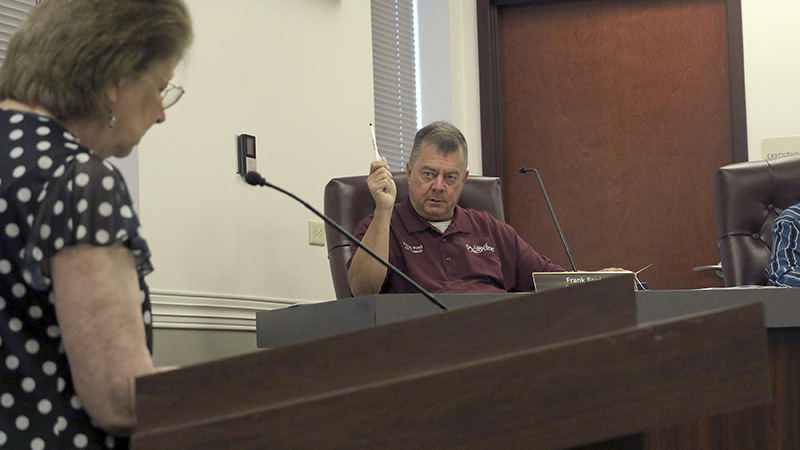 Tuesday night, Picayune’s City Council took up the matter of reappointing or appointing five members to the city’s planning commission, but ended up with an empty seat due to division amongst the Council.

Diane Miller presented the matter to the Council, saying that the terms were currently overdue to be reappointed or appointed and there was a vacancy due to former planning commission member Martha Ford stepping down from the position. The new appointees will serve for a three year term.

When the Council considered a person to fill Ford’s now vacant seat, Councilor Frank Ford made a motion to appoint Brianna Pitts. That motion was approved unanimously.

For the next seat, Councilor Larry Breland made a motion to reappoint Louise Harvin, which was approved by all Councilors except for Ford, who voted against that matter.

During the next discussion of whether to reappoint Bryan Cooper to the commission, Councilor Jan Stevens made a motion to replace him with Christopher Ryan Parker. During the vote on that appointment, Ford and Councilor Anna Turnage abstained from voting, while Breland, Bumpers, Stevens and Mayor Jim Luke voted for Parker.

When the Council took up the matter of reappointing George Janet to the commission, Bumpers made a motion to reappoint him, with Breland seconding that motion. However Turnage, Ford and Stevens all voted against that appointment, meaning it failed.

Turnage then nominated Bryan Cooper to fill that seat, but during a vote for that appointment, Luke, Bumpers, Stevens and Breland all voted against it, while Turnage and Ford voted for it. No more nominations were made to fill that seat, leaving it vacant for the time being.