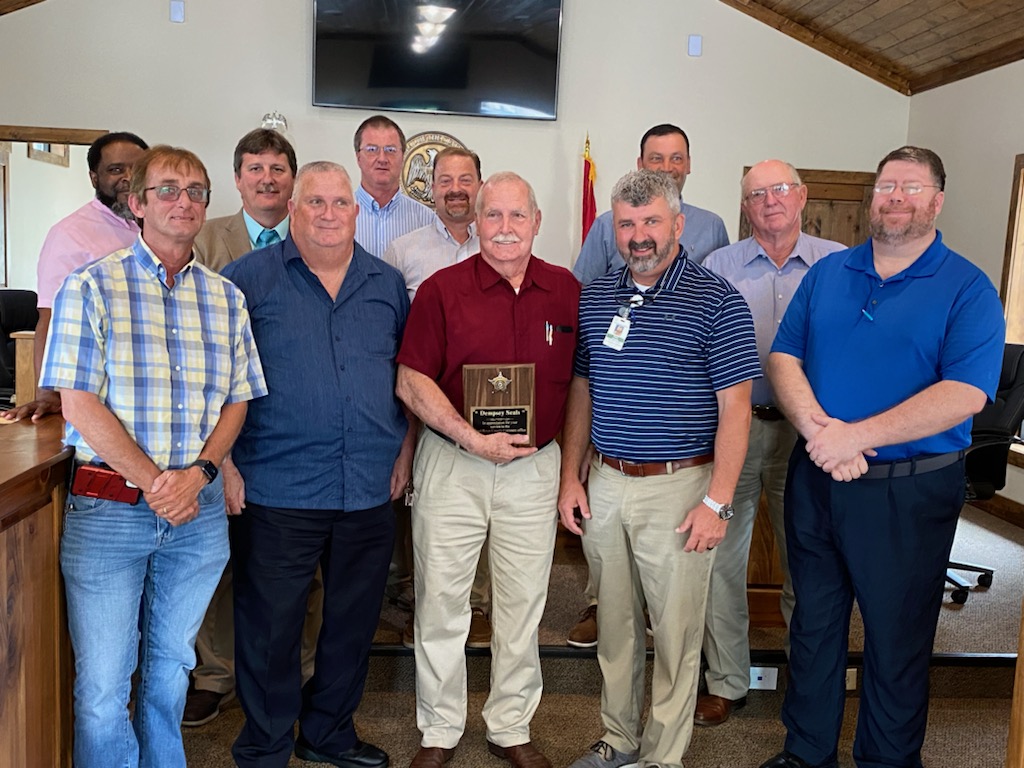 Dempsey Seals, center, was recognized by the Pearl River County Board of Supervisors for his nearly 60 years of public service to this county in various roles. Submitted photo

A deputy coroner and former Poplarville Police Department officer has decided to step down from his various roles in Pearl River County and retire.

Seals said he has put in a total of 57 years in public service through various positions, including 30 years as a police officer with the Poplarville Police Department and has been a deputy coroner for this county since 1995, back when Norman Sims was the coroner.

Pearl River County Coroner Derek Turnage said that someone serving a county for 57 years is a rare occurrence.

“That’s remarkable, there’s not many people that worked as a public servant for that long,” Turnage said. “He’s touched many families in their time of need or lowest point in life when they lost loved ones.”

Seals began his service to this county back in 1961 when he became an employee of the road department.

He has also been working at White Funeral Home since about 1992.

While he is stepping down from all of his roles, including with the funeral home, Seals said he has enjoyed his time with the county. He said he appreciates the support he received from every administration of the Board of Supervisors, and he especially enjoyed having the ability to meet so many residents in the county in which he was born and raised.

His fondest memories of serving the public was being able to show the residents in this county love, and having the ability to pray with them in their time of need.

“It will all work out, the world will keep turning,” Seals said.

With his new found free time, Seals said he will take up hunting and fishing again and possibly travel even though he is a self-declared homebody.