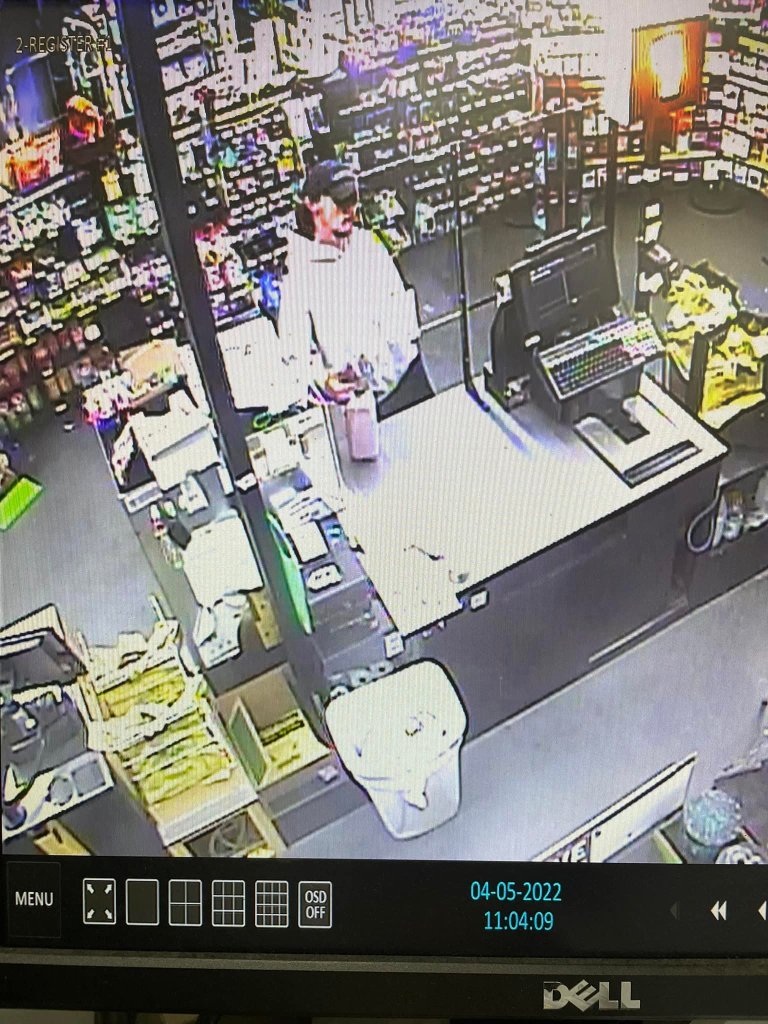 Investigators with the Pearl River County Sheriff's Department are asking for the community's help to identify this man.

Investigators with the Pearl River County Sheriff’s Department are asking for the community’s help to identify a man who allegedly robbed staff at a local Dollar General at gunpoint.

Maj. Marc Ogden said the incident occurred on Tuesday at about 11 a.m. when the suspect, described as a white male in his late teens or early 20s entered the Dollar General near Wheat’s Curve off of Highway 43 North presented a gun to the clerk and demanded money.

Ogden said that after the suspect received an undisclosed amount of cash from the clerk, he fled the area, possibly in a gray or silver truck.

The suspect also took a grocery item from the store during the incident, Ogden said.

Ogden asks anyone with information about this suspect, who is pictured in surveillance footage, to call dispatch at 601-798-5528 or tips can be submitted anonymously via Mississippi Coast Crime Stoppers by calling 1-877-787-5898.

Investigators ask that tips be provided via those routes since staff are not monitoring the department’s social media posts for tips.