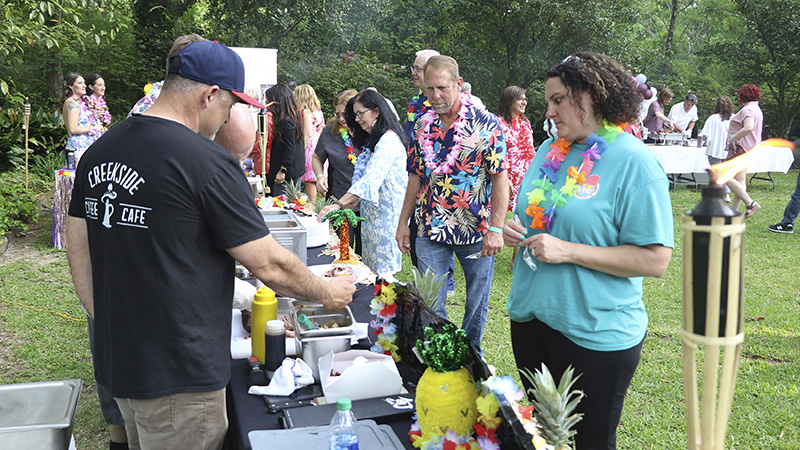 Dozens of members of the Greater Picayune Area Chamber of Commerce enjoyed an evening of food and festivities during the Chamber’s annual Luau.

Before the food was served, Board President Kenny McDonald updated the members, saying that membership has grown from 294 the year prior to nearly 350 this year.

He also said a number of events are scheduled for the coming months, such as a job fair on June 6 at Heritage Christian Academy, a golf tournament on May 6 and a morning call event at Southern Char on April 28.

After the update, members were invited to visit all of the booths set up by local restaurants or public figures.

The event invites local restaurants or those who just wish to prepare a meal as part of the competition to find out which group has the best food. Judging for the best decorated booth was a second category.

Winner of the best food this year was Creekside Cafe and best booth was awarded to The Villa.

Also, the best outfit award went to the staff of Henry Smith House, where the event was hosted.