Street Festival in Picayune set for this weekend 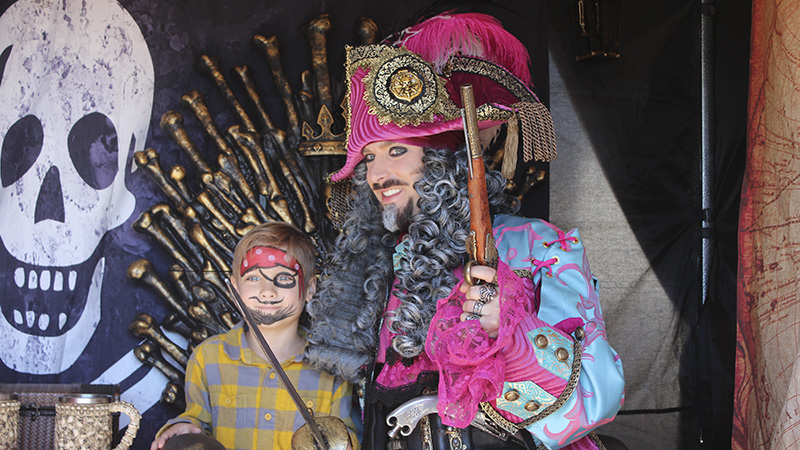 One of the several attractions set for this weekend's Street Festival includes performers dressed up as pirates. File photo by David Thornton Jr.

This weekend will mark the return of the biannual Street Festival being held across East and West Canal Streets.

Due to limitations enacted during the height of the COVID-19 pandemic, the footprint of the biannual Street Festival, held by held by Picayune Main Street Inc., was reduced to West Canal Street. But this weekend, two blocks of East Canal Street have been added, said Assistant to the Director Jo Scheel. That move was made to accommodate more vendors, of which there is a long waiting list to rent booth space, and bring traffic to several businesses that recently located to East Canal Street, she said. Those include a music lesson based business, and an antiques and collectibles business.

Various entertainment acts will be featured at the stage near the railroad tracks and on East Canal Street.

The event will be held on April 2 and 3 from 9 a.m. to 5 p.m. Featured vendors will be selling a number of handmade and artisan items along with various foods.

Scheel said the ax throwing wagon will return, which was a popular attraction last year.

Chocolate pretzels, jewelry, books, marinades and the Scuba Steve clothing line will all be available for purchase.

There will also be an entertainment group dressed as pirates who are known for their flashy costumes called the Royal Rogues and Renegades. They are known to have entertaining interactions with attendees of the Street Festival.

Other vendors set to be at this weekend’s event include the child favorite balloon artist and Chill Factor, a vendor that offers eight flavors of slushies.