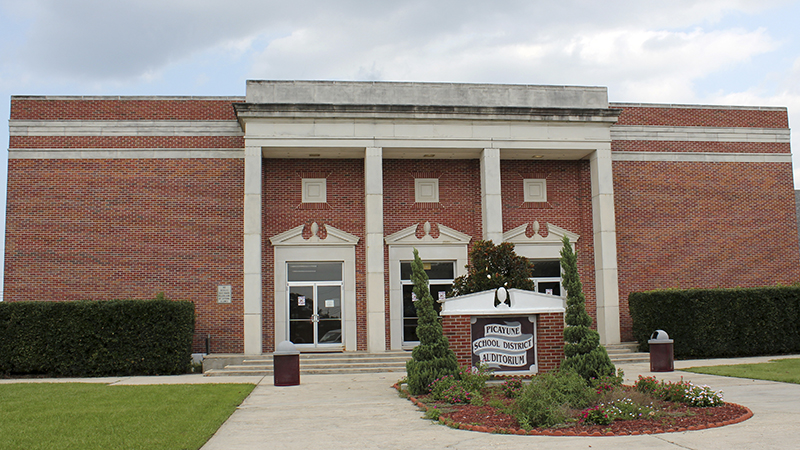 Some roof repairs will be conducted to the auditorium at the Picayune School District, located on Goodyear Boulevard. File Photo

Picayune School District’s Board of Trustees approved a new lease for a parcel of hunting land totaling 640 acres.

Three bids were submitted for access to that hunting land, located in Hancock County.

Alberado then asked how long he has to remove his personal items from the land. Persick said that such items on hunting land can include deer stands and feeders. Superintendent Dean Shaw said that the District will allow him ample time to claim his property.

The Board also approved a motion to go out for bids to replace a section of roof behind the Auditorium. Persick said the plan is to remove the flat roof that current exists, and replace it with a pitched roof.

A motion to revise the Picayune Head Start/Early Head Start ESSER budget so some of those funds can be used to convert the Head Start to all electric was also approved. It will require renovating the roof to remove all natural gas vents. After a new roof is installed, the facility’s appliances will be converted to all electric.