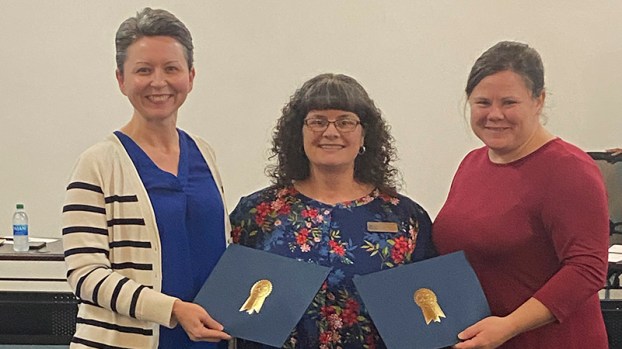 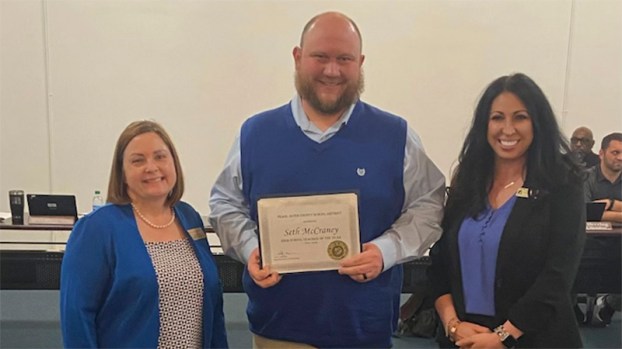 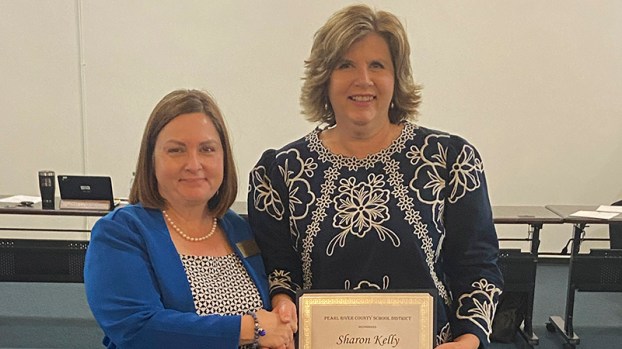 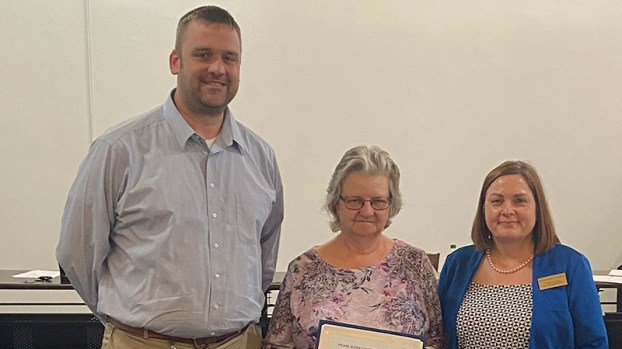 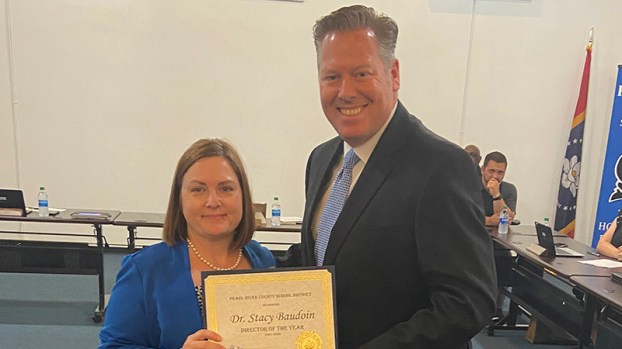 Dr. Stacey Boudoin, at left, was named Director of the year for the Pearl River County School District. Submitted photo

During Thursday’s meeting of the Pearl River County School District’s Board of Trustees, educators who excel were recognized for their dedication to education.

At Pearl River Central Elementary School, Marcia Moore was selected as Teacher of the Year for her patience and kindness to students. Superintendent Alan Lumpkin said she was also nominated for the honor due to her ability to plan interactive actives that encourage students to learn and maximizes their engagement. Moore is known to push her students to perform at their best and ensures each child reaches their full potential. She also regularly attends extra curricular actives to show support to her students and is devoted to their well being. Lumpkin said Moore was also named District Teacher of the Year.

At Pearl River Central Middle School, Sharon Kelly was named Teacher of the Year. She was described as a dependable, responsible leader who is the glue that holds the team of sixth grade teachers together. She arrives before everyone else and leaves much later than everyone else. Kelly is always looking for new and innovative ways to teach math to her students and is creating an interactive method to teach sixth grade math.

At Pearl River Central High School, Seth McCraney was named Teacher of the Year for his reliability and dedication over the past four years. He was described as providing a safe and loving environment and sets an example based on his hard work and integrity. A former student also submitted a comment about McCraney’s influence on him while attending PRC High. The student said he now has a well paying job as a pipe fitter due to the education he received in welding from McCraney’s class.

At the Endeavor campus,  Elizabeth Hadley was chosen as Teacher of the Year. She was described as an educator who goes the extra mile to provide her students with more resources than usual. Hadley also monitors her students to ensure she can meet their individual needs and ensures her coworkers have everything they need to be successful, Lumpkin said.

This year’s Director of the Year is Dr. Stacy Baudoin, who was described as someone who consistently checks on her colleagues to see if they need help. Over the past two years, she has provided exceptional leadership and guidance and knows how to look at the big picture to help others be better educators, Lumpkin said.