No damage reported due to storm, public hearing held for new company 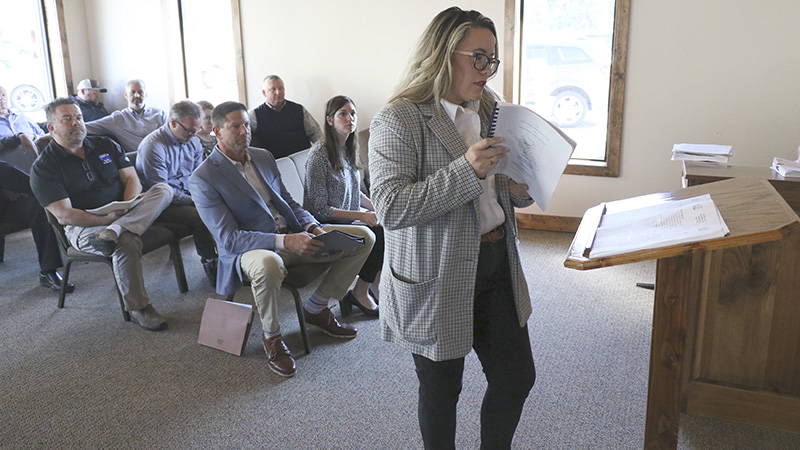 A large storm that passed through the south this week causing damage in areas such as Texas and New Orleans, did not cause any damage in Pearl River County Tuesday evening.

Shawn Wise with the Pearl River County Office of Emergency Management told members of the Board of Supervisors that all three shelters were opened prior to the storm and 11 residents total took advantage of the three locations. Wise said that while two tornadoes were recorded on radar in the area, there was no evidence they ever touched down and caused damage locally.

During Wednesday’s Board of Supervisors meeting, a public hearing was held to amend the county’s solid waste management plan in regards to a new disposal company planning to set up shop within Picayune’s Industrial Park.

The company in question, Americlean, received approval from the Picayune City Council to purchase property in that area, but the public hearing had to be held to allow the public to submit any comments before amending the county’s solid waste management plan to allow the company to operate.

During the hearing, it was mentioned that every surrounding property owner and resident had been notified of Americlean’s intent to operate and what operations would be entailed.

Comments were submitted in written form from representatives of The Way concerning any possible emissions. Answers to those questions were provided to The Way.

Brunini said part of the process to get Americlean operational includes amending the county’s solid waste management plan. He added that the county is in the process of updating that plan at the request of the Department of Environmental Quality due to its age, so when that process is complete, the amendments made on Wednesday will be merged into the updated version.

However, this development is still in the planning stages. Brunini said a operating plan still needs to be submitted to DEQ for review before the owners can apply for a permit. After that, environmental measures will be used to ensure the facility operates as intended.

When the matter came up for a vote, it was approved unanimously by the Board.