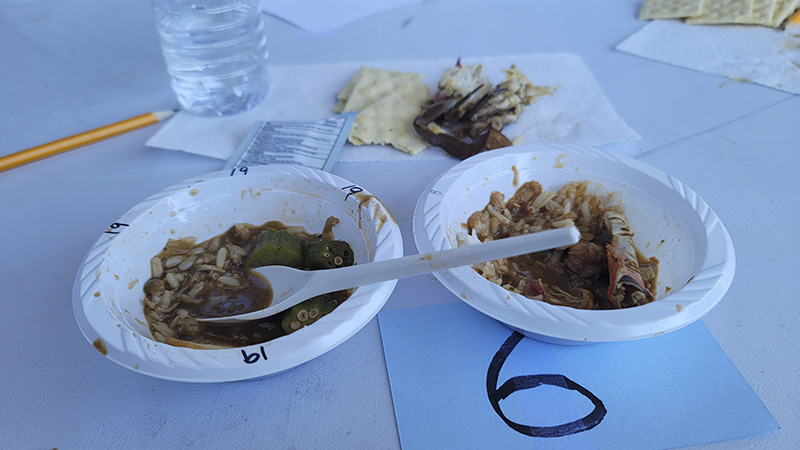 Saturday's Gumbo and Dessert Cook-off was a success, raising more than $9,000 to go toward a city match to receive $1.9 million in BP grant funds. Photo by Jeremy Pittari

Saturday’s Gumbo and Dessert cook-off brought dozens of cooking teams and community members, raising a total of $9,515 to help the city of Picayune fund a match for a grant that will renovate Friendship Park.

About 20 teams submitted either a meat or seafood gumbo and/or a dessert. Twenty-four judges were split out into four teams and provided bowls of gumbo in each category before testing the various desserts submitted for judging.

Winners in each category are as follows: In first place in the seafood gumbo category was Team Drennan, in second place was Team Bud & Lynn and in third place was the Pearl River County Sheriff’s Department.

Americlean took first place in the dessert category, followed by Team Drennan in second and Ashlee Thompson in third.

Attendees of the event got a chance to vote on their favorite dish at the event, which was awarded to Americlean.

The funds raised on Saturday will be used to help defer a 20 percent match required in the $1.9 million BP grant that is being used to build a new playground at Friendship Park along with several upgrades to fields and new concession stands at that park.