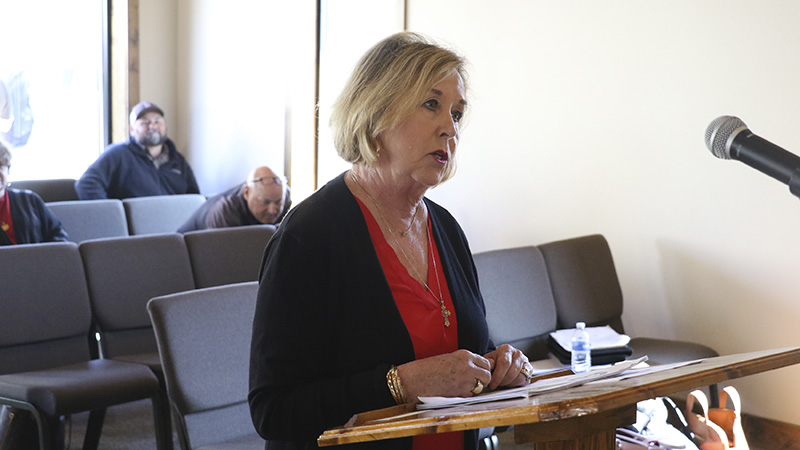 Keep Mississippi Beautiful Executive Director Sarah Kountouris speaks to the Pearl River County Board of Supervisors during Wednesday’s meeting to ask the Board to become an affiliate. Photo by Jeremy Pittari

Two governing bodies within this county are now part of the Keep Mississippi Beautiful program.

Wednesday, the Pearl River County Board of Supervisors passed a  motion to become an affiliate with the Keep Mississippi Beautiful program after hearing a presentation from Executive Director Sarah Kountouris.

She said that there are 60 affiliates in the state, most of which are cities, such as Picayune.

The aim of the program is to educate the public about the negative impacts of littering and inspire people and communities to beautify their environments.

With a focus on education, the organization has a mission to reach children, who can then educate their parents.

To become an affiliate, the county will now need to send a representative to take six hours of training and the county will be required to pay an annual fee. Economic Development Project Manager Christy Goss was selected to be that representative due to her prior experience in that role with the city of Picayune. Kountouris said that Goss was the top winner of state and national awards the first two years she was the director of Picayune’s program, so she is a natural choice.

Some of the benefits include receiving cigarette receptacles to entice people to not throw them on the ground, grants to hold hazardous waste cleanup days and bags and grabbers to provide to volunteers who participate in cleanup days.

Workshops are also offered to teachers who need continuing education credits where the educators receive curriculum they can teach to their students.

Kountouris said that most litter comes from the back of pickup trucks, so she encourages people not to leave items in the bed of trucks that might fly out.

District II Supervisor Malcolm Perry suspects some of those people put the trash in the back of their vehicle knowing it won’t be there when they get home.

After the presentation, Pearl River County Economic Development District Director Lindsay Ward asked the Board to consider becoming an affiliate and naming Goss as the representative. The Board approved that motion unanimously.