Supervisors discuss potential of opting out of medical marijuana 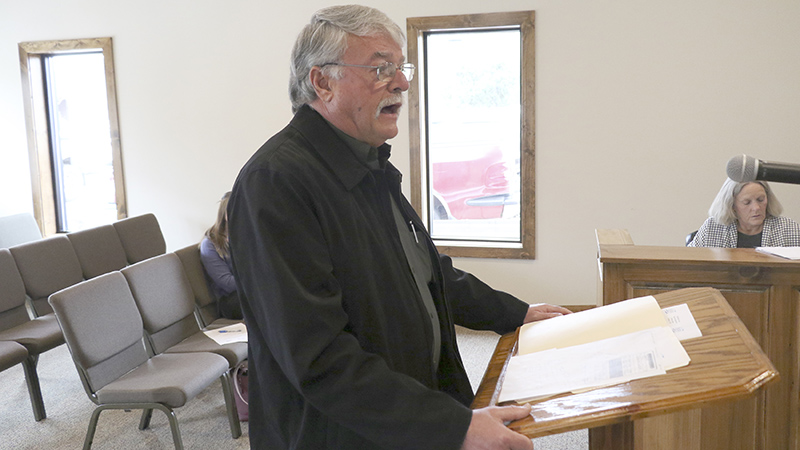 Pearl River County Sheriff David Allison informed the Board of Supervisors that the county jail has been struck by lighting again, causing damage to at least three servers. Photo by Jeremy Pittari

With the passage of a medical marijuana bill by Gov. Tate Reeves, the Pearl River County Board of Supervisors discussed the possibility of opting out.

County Administrator Adrain Lumpkin said the county could opt out of the program, but if the public starts a petition and gathers 1,500 signatures within 90 days of that occurring, the county would have to put the matter on a ballot within 60 days after the petition is confirmed.

Since most people voted for medical marijuana, including voters within Pearl River County, Lumpkin said he expects a petition to be filed if the Board chose to opt out. Additionally, there would be nothing to stop those who are approved for medical marijuana use from getting the substance from another county and bringing it home.

In other business, Pearl River County Sheriff David Allison said lighting has struck the jail once again, causing damage to three servers. Lumpkin said a quote to install lighting rods at the facility came in at about $40,000. He said he needs a second quote before moving forward to present the quotes to the Board.

With the servers and other equipment down, Allison said it creates a safety hazard for his staff because the security cameras in the dorms are down.

The frequency in which strikes occur at the jail is also of concern. Allison said the strikes appear to happen three to four times per year, costing the jail $15,000 in each instance to replace damaged equipment and get the systems back online.

For some reason the jail is the only county building regularly struck by lighting, Lumpkin said.

In relation to the countywide paving project, Les Dugan with Dungan Engineering said phase one is nearing completion, with 35 of the planned 36 miles now complete. The total cost of the project for phase one is $2.5 million.

Prep work is currently underway for phase two, with a target of paving 68 miles. Dungan admitted that goal is aiming a bit high, considering what was accomplished in the first phase, which was expected to be complete by the end of last year.

In relation to a separate project, Dugnan said the Mississippi Department of Transportation is ready to hold a kickoff meeting for road work along Anchor Lake Road now that the required updated county audits have been completed.