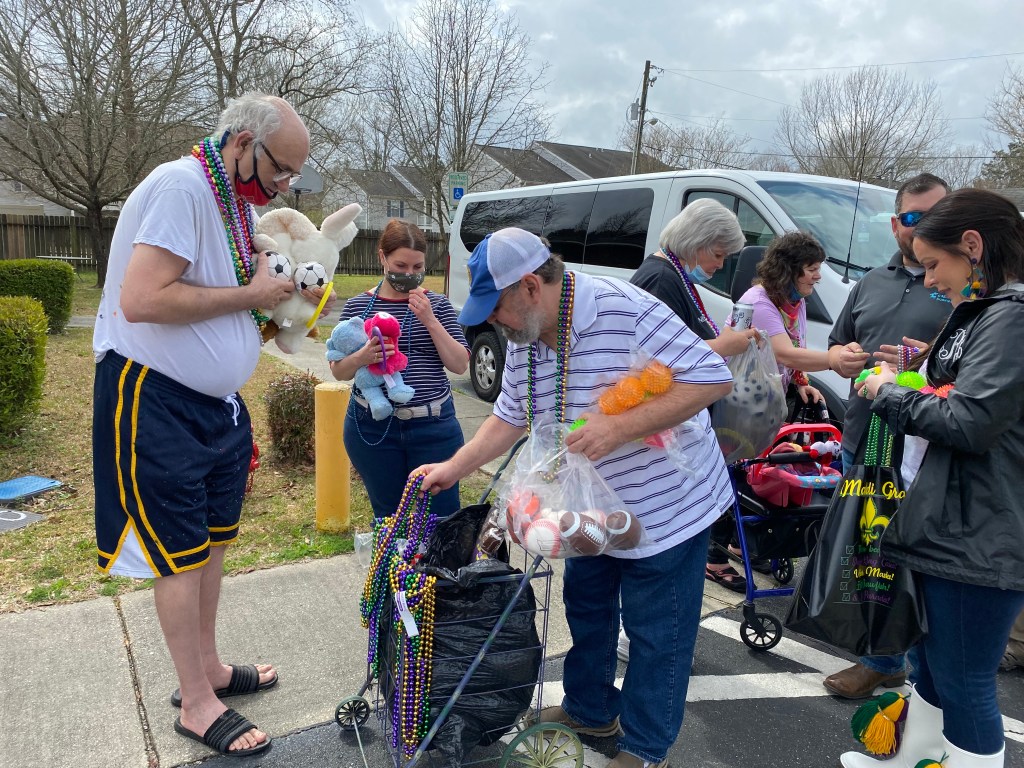 Members of the Rotary Club of Picayune brought Mardi Gras to the resident of Bridgeway, which is a housing complex for residents with special needs. Submitted photo

Tuesday, the resident of Bridgeway were treated to lunch and a Mardi Gras parade put on by members of the Rotary Club of Picayune.

Club member Christy Goss said the residents of Bridgeway received a free lunch of hamburgers and sausage on the grill before being offered king cake for dessert.

A king and queen of the event was also named. They are Bridgeway residents Shannon Whitfield as the king and Lynn Atchley as this year’s queen.

After the lunch, the residents went outside to receive Mardi Gras throws such as beads and stuffed animals from members of the Rotary Club of Picayune.

“They had a great time,” Goss said.

Goss said this is the fifth year the club has held this event for the Bridgeway residents and the plan is to continue that tradition.