Picayune said to soon have the meats, Arbys to build location on Memorial Boulevard 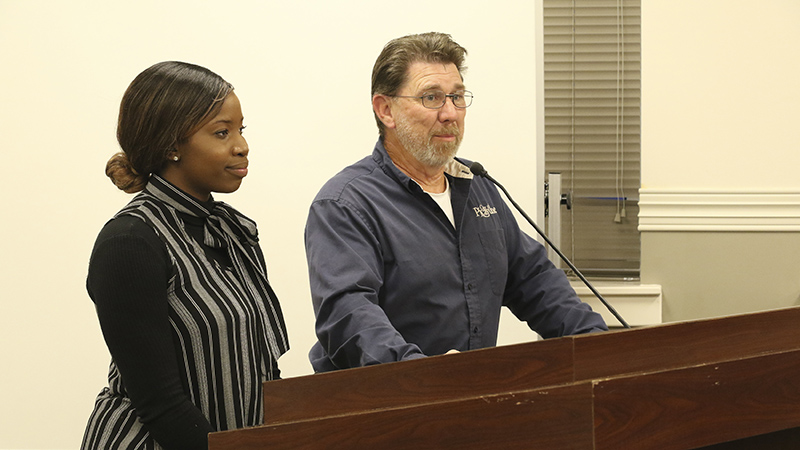 The demolition of an old structure along Memorial Boulevard will make way for a Picayune location of Arby’s, and the city manager is forming two committees to help establish rules for to-go cups for alcoholic drinks and the use of golf carts on city streets.

During Tuesday’s meeting, City Manager Freddy Drennan informed the Council that he is looking for people to serve on one of two committees.

The first committee he is forming will work to develop rules and regulations for to-go alcoholic drinks that are only offered during special events in enclosed areas. Examples of such events include the annual Blues Fest held by Picayune Main Street Inc.

His second committee will focus on developing rules and regulations concerning the use of golf carts on public streets.

He asked each Council member to think of some community members to serve on those committees.

Code Enforcement Officer Tom Milar informed the Council that six new businesses have set up shop in town. Also, construction of the new location of Italian Grill near the entrance to Hide-A-Way Lake required the installation of a new road. Milar said a second phase for construction of the road is planned, and the Council will be asked to adopt that road after the second phase is complete. Milar said the road is made of concrete, so it will not require regular repaving like an asphalt road.

Milar also informed the Council that Arby’s plans to build a new location along Memorial Boulevard, specifically between the Chevron and Exxon gas stations. The current building on that lot will be demolished to make way for the new Arby’s

As for the previous rumor that the grocery store Aldi planned to build one of the company’s stores in Picayune, Milar said that he has heard that project has been put on hold for the time being due to wetland permitting hurdles. He said the proposed location of that grocery store may be on the south side of the Walgreens on Memorial Boulevard. While that project is not set in stone at this time, Milar said he was informed the current property owners have hired a private consultant to sort out the required permitting.

In relation to the construction of restrooms at several local parks, Parks and Recreation Director Trevor Adam informed the Council that the first facility to be built will be near the T-ball field at Friendship Park. It will include a concession stand and construction is expected to begin as soon as the weather allows.

He also said that Pearl River Community College has expressed interest in holding JUCO baseball games at Friendship Park after the turf is installed on the fields. That work will be conducted as part of a $1.9 million BP grant, which also includes the new playground, additional tennis courts and other improvements at the park.

Additionally, Adam said he has been in contact with organizers of Gulf Coast area tournament organizers, so the city my soon be able to bid on the ability to host girls fast pitch softball tournaments at Friendship Park.

Adam also pitched the idea of being able to live stream games from Friendship Park. Such a service would allow anyone interested in watching games from their home to be able to do so for a small fee. To do that, Adam said the park will need access to faster internet, such as Coast Connect.