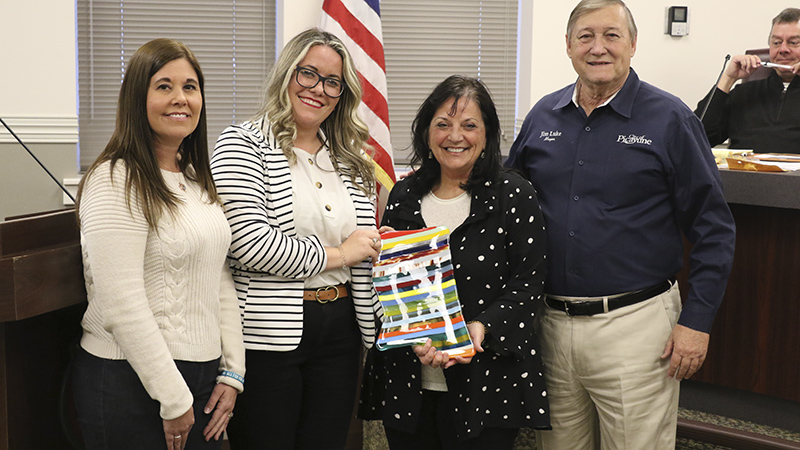 Picayune’s City Council was updated on several activities and ongoing improvements through the city during Tuesday’s meeting.

Since the last Council meeting, Police Chief Joe Quave reported that his staff responded to 585 calls for service, and conducted 14 arrests, of which three were for felony offenses.

He said those figures do not include the 30 arrests involved in a joint operation conducted with the Pearl River County Sheriff’s Department on Monday. A story on that operation is forthcoming.

Fire Chief Pat Weaver informed the Council that his staff responded to 62 calls since the last Council meeting, of which six were medical in nature, 10 were for vehicle collisions that had three injuries and four of those calls were for fires. Only one of those fire calls involved a structure, the rest were brush fires.

At the parks, Parks and Recreation Director Trevor Adam said upgrades to the ball fields were conducted in preparation for baseball and softball season. His staff also fixed leaky faucets in some of the bathrooms. He said work to install turf on those fields as part of the $1.9 million BP grant for Friendship Park will take place after the season concludes. He hopes to be able to open bids for that work in March. He anticipates work on that project to begin in May, that project to take between 60 to 90 days to complete.

Within the Public Works Department, Director Eric Morris said his staff fixed water leaks in the city and conducted a drainage evaluation on the Holly Branch system. The data collected will be reviewed with assistance from Dungan Engineering. Blockage found in a drain along Laura Drive during a recent rain event was determined to have been due to someone dumping concrete in that area. The blockage has since been broken up and removed. Additionally, drainage repair work on Hickman Avenue is about 75 percent complete, Morris said.

He also has plans to rebuild the plumbing supply to the splash pad at Friendship Park and determined that the number of calls to the city’s 311 system appear to have dropped by 50 percent. He also noticed some calls received by that service seem to have been intended for New Orleans, but for some reason were received in Picayune. While he is unsure of the cause of that mix up, he is tentatively attributing it to cell phones pinging off local towers.

City Manager Freddy Drennan said that he, Sheriff David Allison and Picayune Main Street Inc. Director Reba Beebe are planning to hold a gumbo and dessert cookoff in March in an effort to raise more funds to cover the match required for the BP grant for Friendship Park. He said he is looking for cooking teams to participate.

Also during Tuesday’s meeting, Pearl River County Economic Development District Director Lindsay Ward presented the city with the plaque received from the Mississippi Economic Development Council for winning the Community Economic Development Award for 2021. She said only three awards were issued by that organization this year. In addition to the decorative glass plaque, the award comes with a $1,000 monetary gift that will go toward phase two of that project, which will renovate another alley across the street from Canal Place on West Canal Street.

Greater Picayune Area Chamber of Commerce Executive Director Laci Lee thanked the Council for agreeing to attend a Leadership Program graduation, set for Thursday. During that event, the upcoming graduates of the program will unveil their project to better the community.