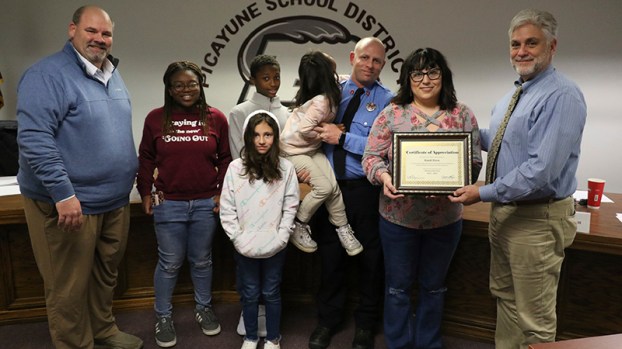 Brandi Pierce, center far right, was named Parent of the Year at South Side Elementary. Photo by Jeremy Pittari 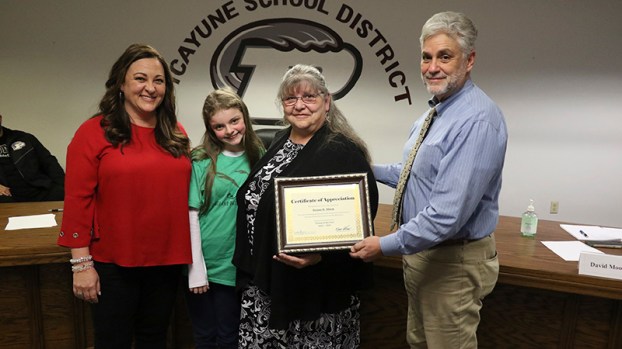 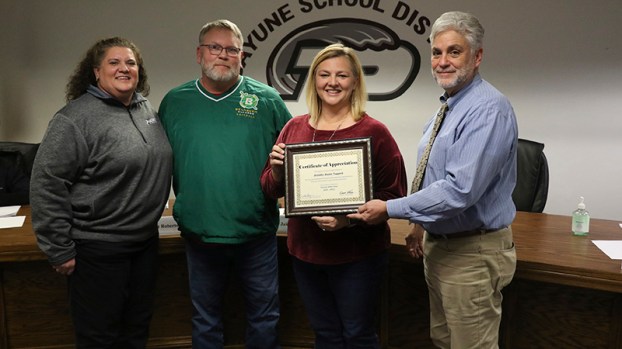 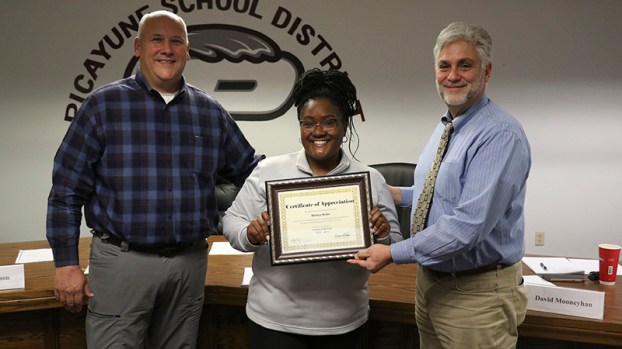 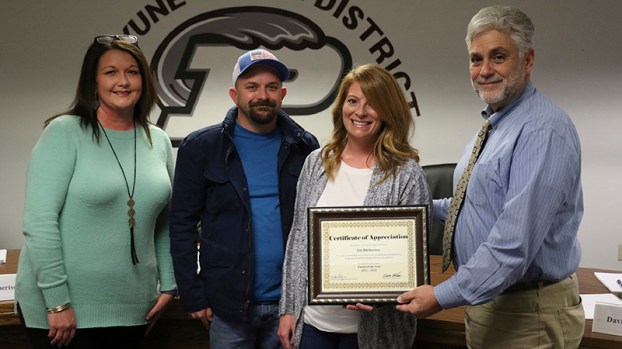 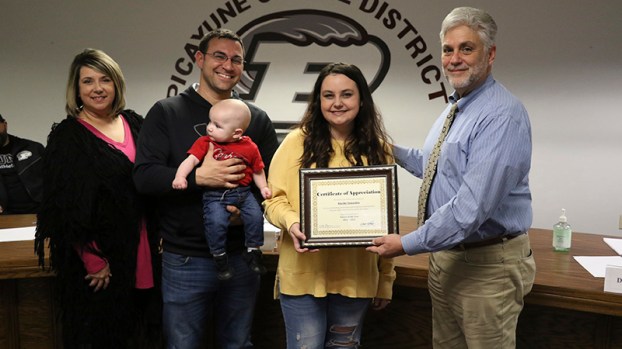 Parents who go above and beyond for the education of their child, and all children, were recognized by the Picayune School District’s Board of Trustees.

Superintendent Dean Shaw said the parents who were honored during Tuesday’s meeting not only care about their own child’s wellbeing, but they have a love for all children in the district.

At Nicholson Elementary, the Parent of the Year is Shelbi Gonzales. Principal Lisa Howie described her as a big asset to the school and has been known to make snowballs for the children and is always ready to help when teachers need it.

At Roseland Park Elementary, Donna Sharp was chosen as the Parent of the Year. She was described by Assistant Principal Ragean Sampey as a dedicated parent who was eager to get back to business with the Parent Teacher Organization when activities stopped during the pandemic. She is also someone who can walk down the halls and know the names of every student. Once, when she saw a student sitting by himself at lunch during grandparent’s day; since he was alone she bought his lunch and sat with him, Sampey said.

At South Side Elementary, Brandi Pierce was selected for her dedication to the children at the school and for stepping up during the Christmas season to wrap thousands of presents, said Principal Dr. Jeremy Williams.

Liz Dickerson was named Parent of the Year at West Side Elementary for her organization of a Santa Shop  at the school that resembled a Black Friday sale, said Principal Kim Hart.

Picayune Junior High Principal Gen Breland said that Kelsey Bolar was chosen as Parent of the Year for her willingness to never waiver when called upon to help the children at the school.

Picayune Memorial High School Principal Kristi Mitchell said Jennifer Taggard was chosen as Parent of the Year for her participation and assistance with several programs at the school. She is also known to ensure things are done right and if she has a question about something she always calls to make sure her information is correct.

Liz Dickerson was later named District Parent of the Year.

After naming the Parents of the Year, the Board heard from the district’s gifted teachers, Maureen Pollitz, Amy Butler, Susan Spiers and Deborah Martin. Each teacher went over the interesting things their students learned over the year, such as famous artists from the past, and discussed the challenges of working with students with such high intelligence. Each teacher said that their student’s level of intellect often leads to other challenges, such as depression, anxiety and at times learning how to socialize, so the teachers work to help them in those areas.

The fifth grade students also got the opportunity to take a field trip to the D-Day Museum in New Orleans, while other lesson plans included studying propaganda and making their own posters based on what they learned. Some lesson plans included information about historical figures that helped bring peace and Greek gods.

Butler said that she has noticed the gifted classroom is where the children can be themselves. She also asked her students to develop their own logo, which with some minor changes will be printed by a local business onto T-shirts.

The students also have access to a sewing machine and 3D printer so they can learn how to use that equipment.