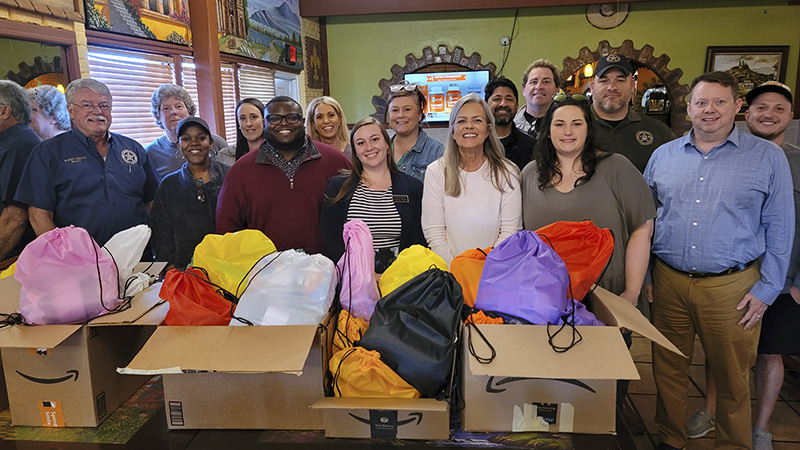 Members of the Exchange Club of Picayune gathered and put together overnight bags to the Pearl River County Sheriff’s Department The bags will be given to children who may find themselves away from their parents due to an unforeseen circumstance. Photo by Jeremy Pittari

During the month of February, members of the Exchange Club of Picayune ensured displaced children would have what they need to feel comfortable during a difficult time and held a can drive that resulted in a large donation to a local food bank.

President Debbie Lancaster said the first effort was to provide nearly 50 bags to the Pearl River County Sheriff’s Department that contain comfort items to be given to children who may have become displaced from their family due to an unforeseen circumstance.

The bags contain a soft blanket, toothbrush and toothpaste along with soap, shampoo and a comb. The items were donated by two Exchange Club members, Lancaster and Nikhil Ajmera.

Additionally, the club asked classes at Pearl River County Elementary to bring on canned food or other non perishable food as part of a competition to receive a pizza party. That weeklong effort, which ended on Feb. 18, collected 5,300 non perishable food items that were donated to Crossroads Food Pantry.