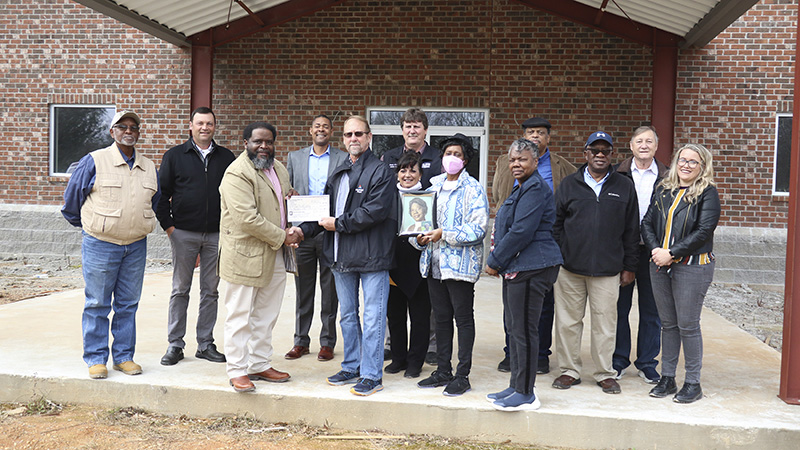 Mississippi Power Company provided the Pearl River County Board of Supervisors with a $5,000 donation to be used to purchase food preparation equipment at the new community center still under construction on Beech Street in Picayune. Photo by Jeremy Pittari

The community center being constructed along Beech Street in Picayune got a boost in funding on Thursday with a donation from Mississippi Power Company.

District I Supervisor Donald Hart said the $5,000 donation from Mississippi Power Company will be used to help cover the cost of purchasing food preparation appliances planned for the center.

That money will be combined with a $15,000 donation from the South Mississippi Planning and Development District to purchase stoves, refrigerators and other food preparation equipment for the center. Hart said the donation from SMDD was provided for the center because the plan is to implement an elderly lunch program that will be offered at the center to citizens for free five days a week.

The total investment in the center by the county at this point is about $150,000, said County Administrator Adrain Lumpkin.

Recovery act money, which also helped kick start the project, will also be used to allow the facility to serve as a community health center, where services such as COVID testing or community access to masks will be available, Hart said.

Completion of the interior of the center is anticipated to take place by late spring or early summer of this year.