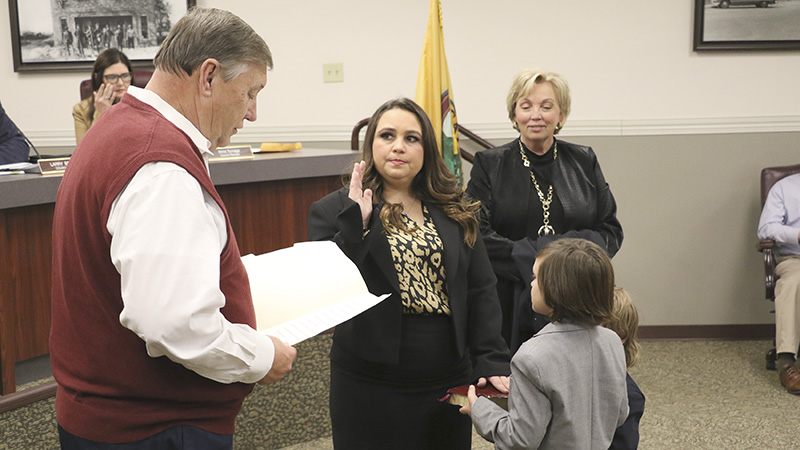 Picayune’s City Council approved a motion to increase the price of garbage bags sold to residents and swore in the city’s newest Municipal Court Judge during Tuesday’s meeting.

Assistant City Manager Harvey Miller asked the Council to consider a price increase for the garbage bags that the city sells to residents. The previous price was $8.44. The Council approved Miller’s request to increase that price to $9.

Public Works Director Eric Morris informed the Council that Peggy Fore recently retired from his department after years of service, and on another note, he said five of his employees were affected by COVID-19 in the past week.

Shipments for parts to construct a new playground at Friendship Park have started to arrive, and Christmas decorations across the city are being removed.

Morris also said a plan is being drawn up concerning the relocation of a water main that was recently damaged by a contractor along Telly Road.

Picayune Main Street Inc. Director Reba Beebe provided the Council with an update from the past year, saying that more than $112,000 was received in grant funds that helped many local businesses.

Economic Development District Director Lindsay Ward said that she submitted the Canal Place project conducted by Picayune Main Street Inc., in an alleyway on East Canal, to Mississippi Economic Development Council for consideration of an award. She was recently informed that the project won the Community Economic Development Award in the population up to 15,000 category. That project included a mural, brick pavers and seating to create a space for people to relax.

Luke also asked two entrepreneurs to speak about their businesses. Raquel Theriot, owner of Bella Skin said she has been in operation within the city for nine years and just opened a new location on Second Street.