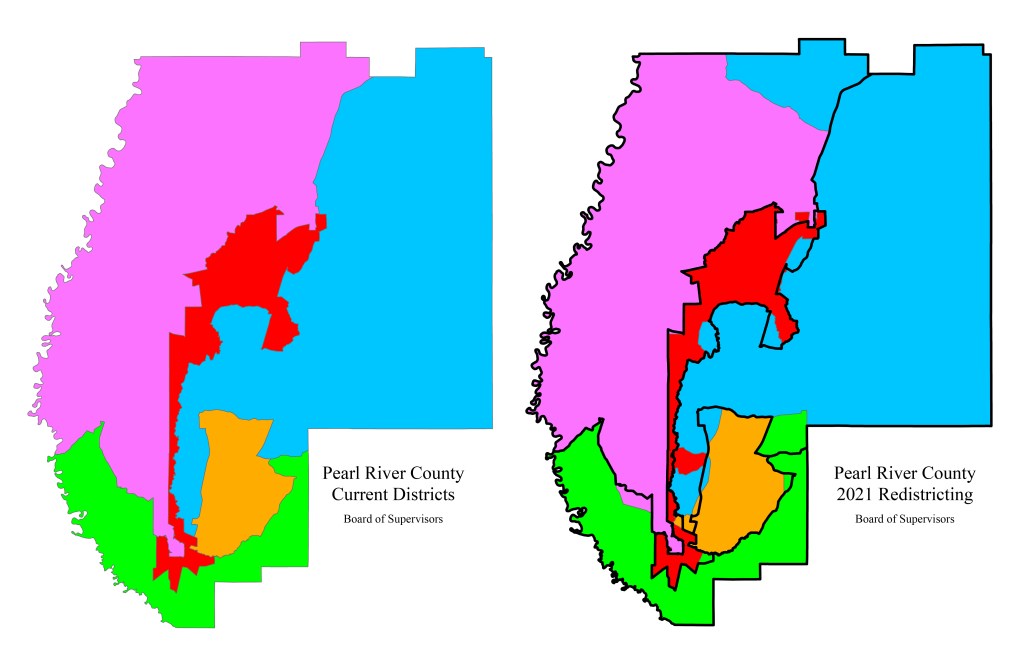 Population shifts within Pearl River County resulted in the Board of Supervisors having to move some of the voters into other districts to meet regulations that ensure minority voters are properly represented.

County Administrator Adrain Lumpkin said the county had to create a district that effectively represented that portion of the population back in the early 1990s.

This year, when the Census results were released, it was determined that District II and District V each had 1,000 more people than they should from the total population of about 56,000 people, which is typically evenly divided into populations of 11,000 people in each district.

That put the county out of the 5 percent plus or minus tolerance threshold, forcing the Board to have to redraw the district lines in order to come back within compliance by putting 2,000 more voters within District I, because that district fell to a population of 9,000.

“It’s a jigsaw puzzle, because when you take from somewhere they have to be moved to another district,” Lumpkin said.

As a result, a new map has been drafted by the Board that will be sent to the state Legislature for review. The changes will not affect local voters until the 2023 voting year, since that will be the next cycle when members of the Board of Supervisors are elected to office. Any voters who will be affected by the change will receive new voter registration cards from the Pearl River County Circuit Clerk’s office in the mail.