Poplarville’s museum to reopen at start of the New Year 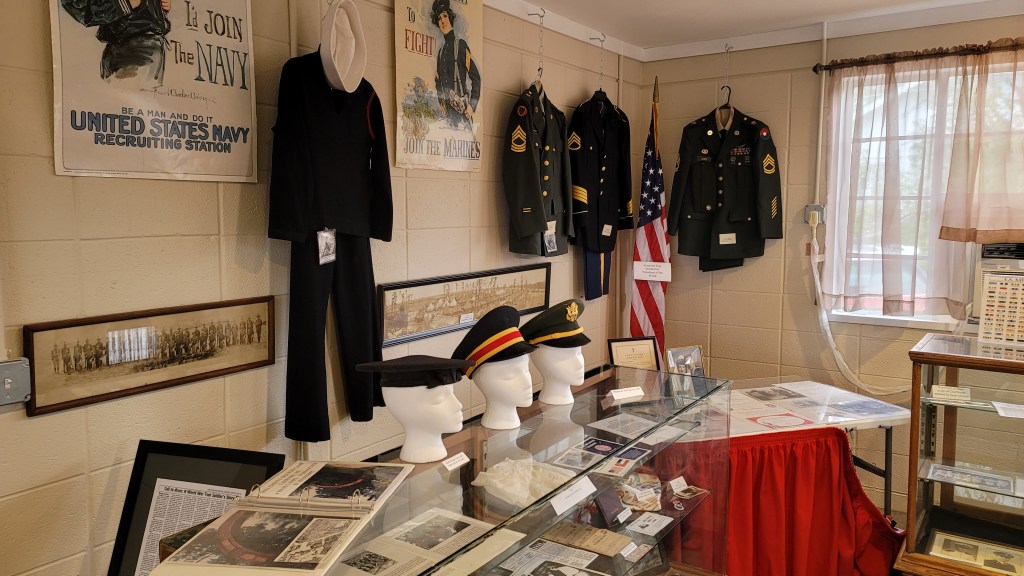 The Poplarville Historical Preservation Society’s museum features a number of displays, including this one that has war memorabilia from the Civil War to the present. Photo by Jeremy Pittari

After being closed for several years, the Poplarville Historical Preservation Society’s  museum will reopen on Monday, Jan. 3. The museum was started by the local group of history buffs back in 2015 after spending a year getting it ready.

Located in the same building as the Poplarville Area Chamber of Commerce along Main Street, the museum features displays of donated items. Displays currently include the history of the Blueberry Jubilee, a military display that features old uniforms, photographs and other memorabilia and a display that shows what schooling was like through the years in Poplarville.

Poplarville Historical Preservation Society President Joan Bassett said the museum will now be open on Monday, Wednesday and Friday from 9 a.m. until noon starting on Jan. 3.

If anyone has items they would like to donate to the museum, either permanently or on a short term loan, Bassett said she is alway looking for small items to display. Monetary donations are also welcome, which will help keep the museum running. To make a donation call 601-795-8736.