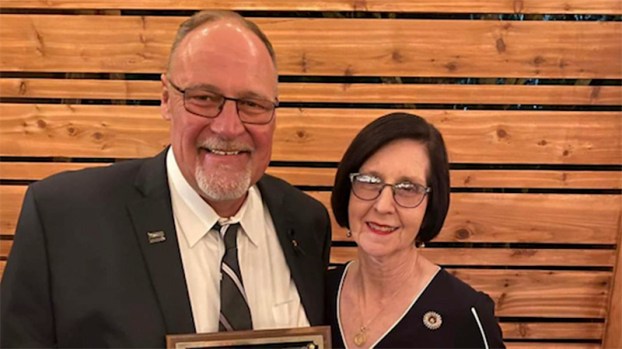 From left, Tom MIilar with the Kiwanis Club of Picayune accepts the award for Civic Club of the year from Suzan Wilson during the 73rd Greater Picayune Chamber of Commerce Awards Banquet. Submitted photo 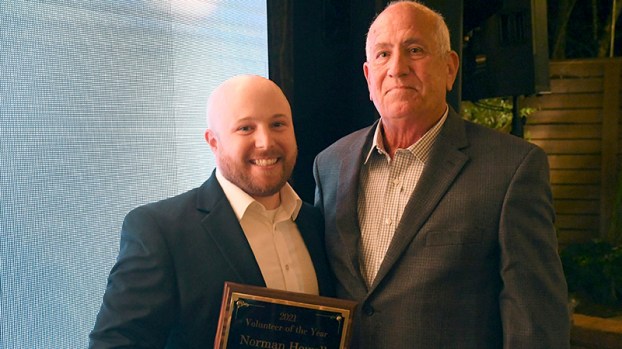 From left, Kenny McDonald presents Norman Howell with the award for Volunteer of the Year during the 73rd Greater Picayune Chamber of Commerce Awards Banquet. Photo by David Thornton Jr. 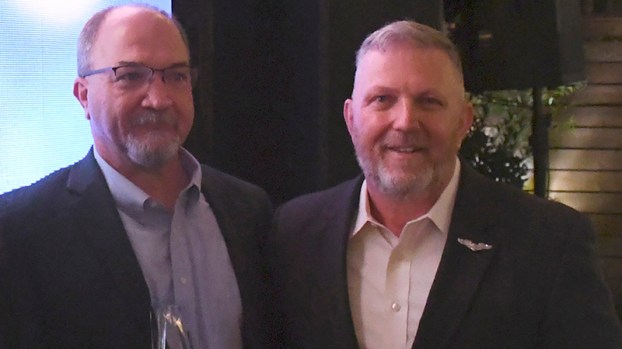 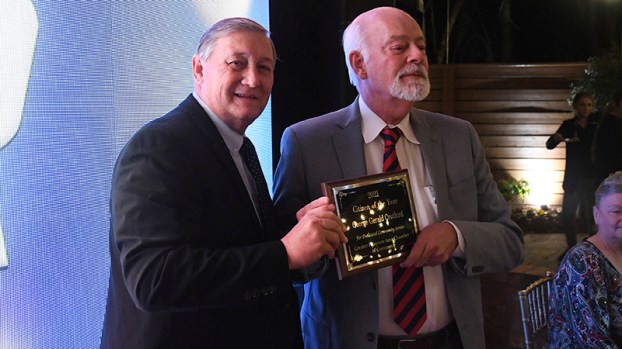 From left, Mayor Jim Luke presents Gerald Cruthird with the award for Citizen of the Year during the 73rd Greater Picayune Chamber of Commerce Awards Banquet. David Thornton Jr. 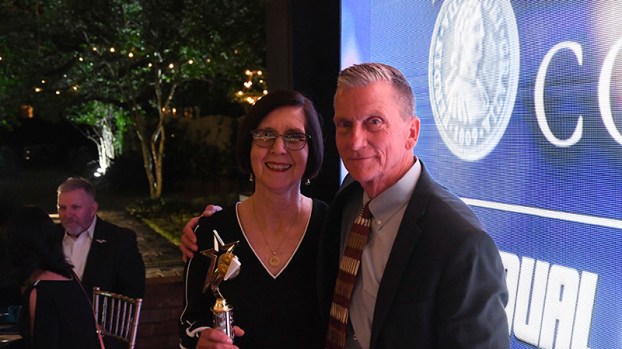 Suzan Wilson was the first to present an award, which was for the Civic Club of the Year, awarded to Kiwanis Club of Picayune.

Wilson said the club was chosen for the award based on its continued support of the community even in the wake of a pandemic. During the past year, the club donated almost $12,000 to the city to purchase a special needs merry go round to be installed at Friendship Park, donated $2,000 for scholarships for special needs students attending PRCC, $3,500 was donated by the club to assist in the purchase of Promethean Boards for the special education classroom in the Picayune School District and donated $5,000 to the Forge Project for the purchase of special needs playground equipment. Additionally the club is the primary sponsor of the Buddy Ball program and partners with special needs programs in the community such as the ARC of Pearl River County and Bridgeway Apartments.

Club President Tom Milar said that he enjoyed the fact that Wilson, who is a member of Rotary Club of Picayune, presented him with the award.

This year’s Volunteer of the Year is Norman Howell. He was described by Kenny McDonald as someone who is involved in a number of volunteer and community service activities, such as helping those dealing with illness mow their yard, assists with Heritage Christian Academy’s food service needs, drives the school’s activity bus, helping install a new screen at First Baptist Church where he also assists with various activities, provides tours of the transportation museum at the city’s Intermodal Tourist Center since he is a retired railroad engineer and helps Picayune Main Street Inc. put on the annual Christmas on the Rails and Street Festival events, just to name a few things.

This year’s Citizen of the Year is Gerald Cruthird. He was chosen due to his many efforts in the city, such as being the prosecutor for the city of Picayune from 1977 to 1981, serving as a member of the city’s planning commission and was municipal judge for the last 10 years. He also served as past president of the Rotary Club of Picayune of which he is still a member, and is a member of the Moses Cook F&M Lodge in Picayune. After accepting the award, Cruthird said that he has modeled his life after his own father, who was also heavily involved in community service.

The Excellence in Business award was presented to Highland Community Hospital. Mark Stockstill, who is a former administrator of that medical facility, presented current Administrator Bryan Maxie with the award and said the facility won the award due to the staff’s dedication to providing care to so many people during the height of the pandemic. During that time the staff was said to have been pushed to the brink of exhaustion due to the heavy case loads of COVID-19 in addition to the other medical care needs of the community. As one of the largest employers in this area, with a total staff of 384, the hospital has a large economic impact. Also, staff provided the community with access to drive through testing and treatment options for COVID-19.

While accepting the award, Maxie thanked Stockstill for his years of service at the hospital. He also said that this past August was a trying time for the staff due to damage from a major hurricane combined with the pandemic. Maxie added that he and his staff are excited to have the opportunity to unite the county in healthcare through a recent agreement that Forrest Health will now manage the Pearl River County Hospital and Nursing home in Poplarville.

He also took a moment to touch on a political topic, vaccine mandates. Maxie said that while he does advocate that people take the vaccine if they choose, he added, “everyone should have a choice.” He asked the attendees to remember that “a couple years down the road.”

Outgoing Chamber Executive Director Terry Farr also took a moment to present an award of his own, the Cheerleader Award, which he gave to Wilson for her continued support in his past and future endeavors. Farr is leaving the Chamber to take a position with Bank Plus.

He also asked that the community be a cheerleader for the incoming executive director, Laci Lee.