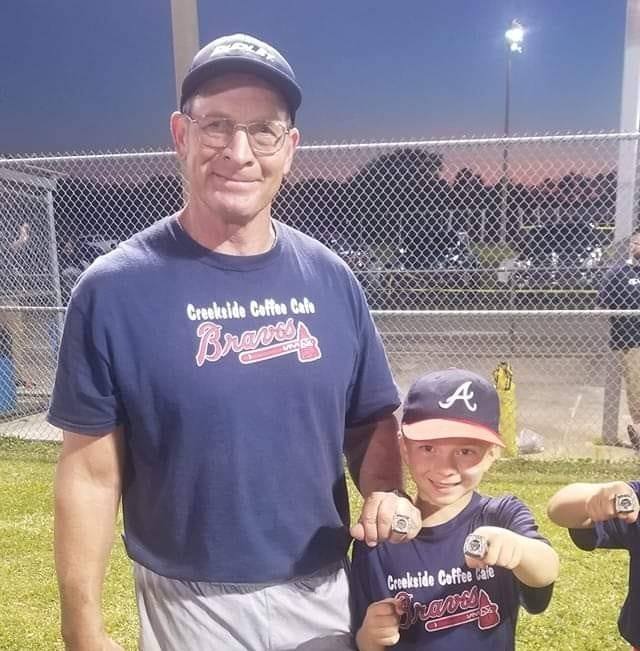 A long time coach at Picayune Memorial High School, 62-year-old Jerry Todd, was enjoying a day at Cruising the Coast when he was struck by a bullet Wednesday night after two unknown suspects exchanged gunfire.

According to a press release from the Biloxi Police Department, the incident occurred on Wednesday just before 10 p.m. in the 1600 block of Beach Boulevard.

At that time, two people exchanged gunfire from moving vehicles, described as  silver Nissan sedan and a black Dodge Charger,  the release states.

Megan Todd, daughter to Jerry Todd, said her father didn’t realize what had happened until he noticed blood.

“I think it was an absolute senseless act, the most selfish thing. He really was an innocent bystander,” Megan said.

As a registered member of Cruising the Coast, he is an annual fixture with his 1970 Boss 302 Mustang, which he has had since his junior year in high school, Megan said. Jerry retired from a career as Picayune Memorial High School’s Track and Field coach, but he also assisted with various other sports.

At the time he was shot, he was near that prized vehicle.

After being treated by a nurse who happened to be nearby, Monique Pietrowski, Megan’s father was transported by an ambulance before being taken by helicopter to the University of South Alabama’s Trauma Center, where he is still recovering.

“I am absolutely indebted to the nurse who helped,” Megan said.

Pietrowski said that after she and her husband heard the shots, he called 911, as he did that she could hear a combat veteran say that Jerry had been shot so she went to provide aid due to her background as a trauma nurse. After she talked to Jerry to determine his medical background, she said she tried her best to keep his mind off the wound. One way she did that was to ask him about the happiest day in his life, to which she got a very heartfelt response.

“He said the happiest day in his life was the day his daughter was born,” Pietrowski said.

“I couldn’t have done it by myself,” Pietrowski said.

One of the last things she told Jerry before he was transported was that she plans to see him next year at Cruising the Coast at that very same spot.

“I can’t wait to give him a hug,” Pietrowski said.

Megan said a chest tube is being used to drain fluid from his abdomen but her father is improving. As the bullet struck his right pectoral and traveled through his abdomen, it broke some ribs, but did not strike any major organs or cause paralysis.

While a time frame on his total recovery is still unknown, Megan said her father is healing and she wants to thank everyone for the love, support and thoughts and prayers their family has received.

“We’ve all felt every emotion, but I do feel anger and I want these people captured,” Megan said.

Investigators with the Biloxi Police Department request anyone with information about this incident to call (228) 435-6112.