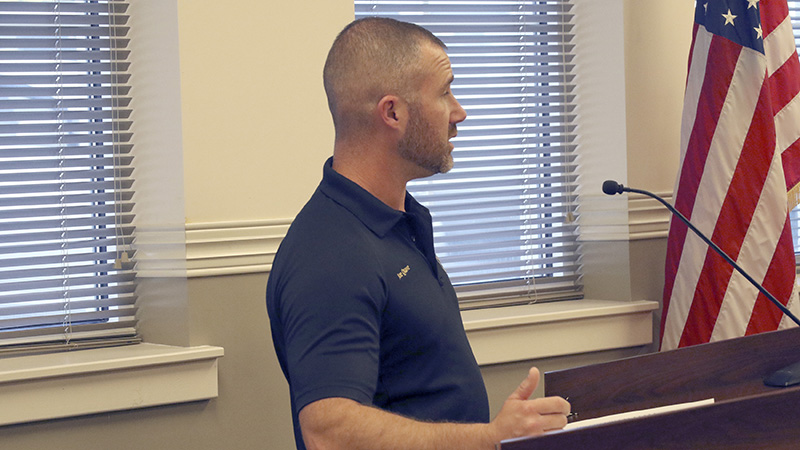 Picayune Police Chief Joe Quave tells the City Council that his investigators are working a rash of burglaries in the area of Millbrook, but said he could not go into much detail since the investigation is ongoing. Photo by Jeremy Pittari

Picayune’s City Council heard about a recent review of drainage issues in the city and about a new organization that is providing assistance to those dealing with addiction.

Les Dungan with Dungan Engineering said that he looked at various sites requested by the Council at the last meeting, including the area of Canal Street and Quince Street, Birdie Circle, Teague Street, Holly Street, Chinquapin Court within the Woods subdivision and several areas.

He presented the Council with his findings for some of those roads, but Tuesday night was asked to additionally look at the areas of Loftin Avenue, Washington Street and several others in that vicinity where heavy rains can cause the nearby creek to flood those streets and nearby homes. While he had some recommendations for the first list, he will have more information on the other within the next month.

The free program is held on Tuesdays from 6 to 7 p.m. at the Holy Angels Anglican Catholic Church located at 1811 East Canal Street in Picayune.

A hazardous waste collection day will be held this Saturday from 8 a.m. to noon at the public works maintenance facility, located at 101 Whithauer Lane.

Supervisors get update on paving project, asked to form…