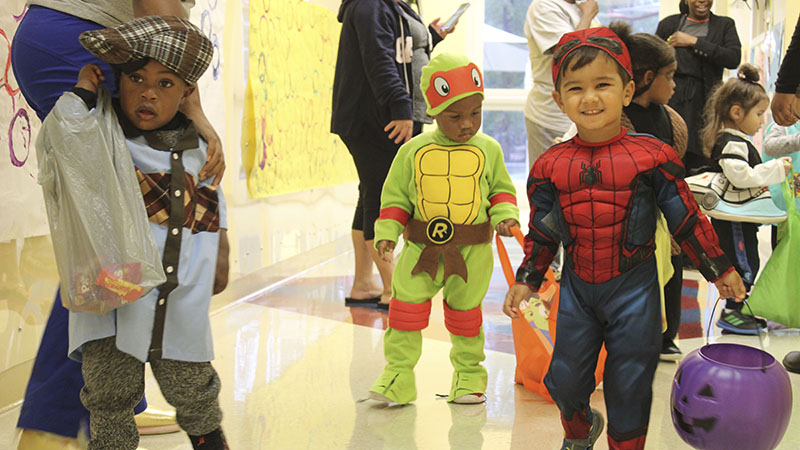 In this file photo from 2019, children trick or treat through the hall of Nicholson Elementary's Early Head Start. File Photo.

With Halloween falling on a Sunday, discussion was had during Tuesday’s special call meeting if the city should officially recognize that holiday on the day prior so children would not be out trick or treating on a school night.

Additional consideration about moving trick or treating to Saturday was based on the fact that the city plans to hold a Trick or Treat Trail at Crosby Commons the Saturday before Halloween.

Assistant Chief James Bolton said that most trick or treating traffic can be found at the two subdivisions Turnage mentioned. However, the event at Crosby Commons has helped to lessen the traffic at subdivisions.

Eventually the Council approved a motion to recognize the day on Saturday, but leave the ultimate decision on when to go trick or treating up to each family.

After that motion was approved City Manager Freddy Drennan requested that Bolton ensure there is a police presence in the city both nights.

“I got you covered,” Bolton said.

The Trick or Treat Trail at Crosby Commons will be held on Saturday, Oct. 30 from 5 to 7 p.m.