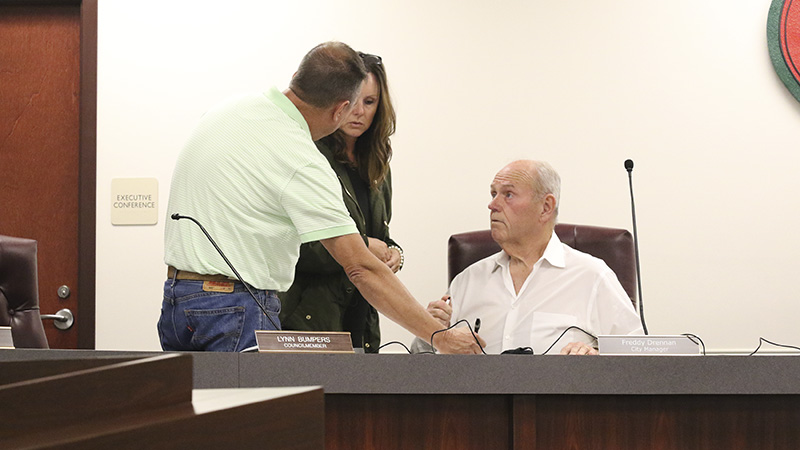 Debris left by Hurricane Ida in the city of Picayune will be removed by a local contractor and that process will be monitored by a separate contractor.

The City Council approved motions to award the debris removal contract to J. C. Lee Enterprises Incorporated and the monitoring contract for debris removal to DebrisTech. Both companies are locally based.

City Manager Freddy Drennan said that the cost to the city will be determined on the actual amount of debris collected, but both contracts have a do not exceed clause.

The maximum amount in the debris removal clause is $245,000 and the maximum in the monitoring clause is $100,000, Drennan said.

In an effort to try to recoup those costs, the Council also approved a motion to approve a disaster response and recovery services contract which will allow the city to attempt to be reimbursed by FEMA for those expenses.

Councilor Larry Breland asked if bids were sought in relation to the debris removal. Public Works Director Eric Morris said the pressing nature of getting the debris removed quickly for the safety of the citizens allowed the city to skip that step.

During Tuesday’s meeting, the Council also approved a motion to rescind a motion made during a previous meeting  concerning a resolution authoring the engagement of professional services in relation to the issuance of a $7 million bond, which will be used to build a new police station and give police officers a pay raise.

Drennan said the Council was asked to rescind that resolution because he noticed at the last minute that the amount the company would charge the city for those services was not outlined in the contract.

According to a release from the city of Picayune, residents in the municipality can put their construction debris associated with Hurricane Ida by the roadside for pickup.

That debris can include lumber, carpet and building materials.

Vegetative waste is also being collected by the contractor. That process has already started and will continue as long as the weather permits.