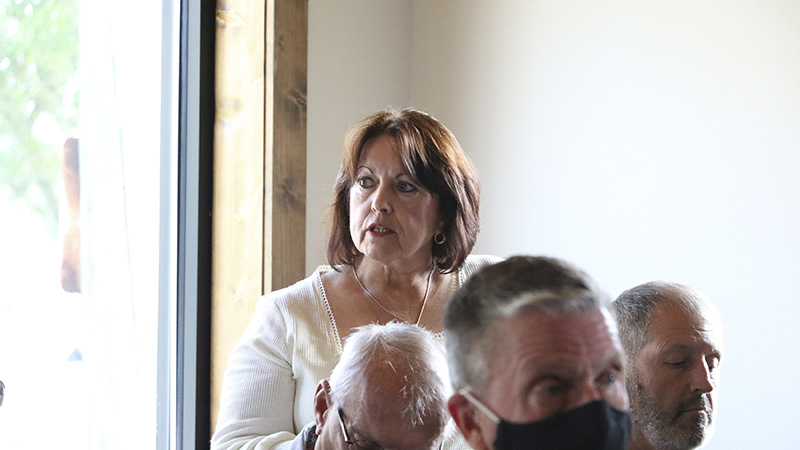 Several Pearl River County residents attended Tuesday’s Board of Supervisors meeting to oppose a millage increase, saying they were unaware the Board was planning to do so.

However, the Item has reported on previous public hearings, meetings and published public notices alerting the public that  the Board intended to take out the $10 million bond to pave 150 miles of roads in the county, and would need to increase the county’s millage to pay the bond. When the public was informed that the media has provided that information during Tuesday’s meeting, several audience members could be heard saying, “I don’t read the paper, why didn’t I see this on Facebook?”

County Administrator, when asked, said the average property owner who owns a house assessed at $100,000 would see an increase in their tax bill of $25.50 per year.

Some of the questions lodged by attendees included why property owners have to bear the brunt of tax increases, if this bond will actually be retired when it’s paid off in 10 years as planned and what other methods could be used to generate income other than taxing property owners.

State Legislator Timmy Ladner addressed the possibility of seeking other avenues of revenue. He said that the recent adoption of Internet sales tax has generated some revenue, but efforts to convince other members of the Legislature to pass a bill that would allow counties to collect sales tax from brick and mortar stores continuously fail.

Lumpkin said the Board opted to take out the bond based on the low interest rate, 1.48 percent. Other contributing factors include that the limited funding has prevented the county from keeping up with regular maintenance of roads.

The $10 million bond, which equates to about $9 million available for paving, will allow the county to repair and pave about 150 miles of roadway, depending on expenses. That means even with the extra funding, the county will be unable to catch up.

In lieu of putting the burden on property owners, local Realtor Elaine Sones asked the Board why a fair use tax could not be employed, either through a higher gas tax or some other method such as sales tax.

“Stop slapping people in the face that work hard for a living and dare to own something,” Sones said.

She said that the local government appears to be working in the same vein as she feels the federal government operates.

“Tax the people that have so that those who don’t want to do can have it too,” Sones said.

Currently counties do not get a share of sales tax collected, only cities receive sales tax diversion payments from the state.

Ladner said the last time the gas tax was reviewed by the Legislature was back in 1987, and that law makers in Jackson are just now starting to take a look at it again.

As for raising sales tax and giving some back to the counties, Lumpkin said legislators have tried in the past to author a number of bills to that effect, but they never make it out of committee.

After about an hour and half of hearing the public complain about the matter, Clyde Dease with the Lower Pearl River Valley Foundation stepped up to try to mediate the complaints, saying that taxes may not be ideal, but they are ultimately necessary for the common good. He suggested the Board form a long term plan to get the roads where they need to be and find methods to spread the cost out equally in an effort to satisfy the tax payers.

Holliday also took a moment to address complaints that the Board did not try to inform the public. He said at least two public hearings were held in connection with the Bond last year, and were held in the evenings to allow those who work to attend. Each time only about 25 people showed up to those meetings.

However, Lumpkin said the Board will plan a town hall meeting and invite local legislators to attend. The plan is to hold the meeting in the evening before the end of the year, possibly at PRCC.

After the public hearing, the Board approved a motion to adopt the new millage rate.