Two teenagers were arrested this week by the Pearl River County Sheriff’s Department for their alleged involvement in a string of residential and automobile burglaries.

Maj. Marc Ogden said the case started on Aug. 4, when a residential burglary was reported at a house on Old Camp Road.

Since that date, more than 20 automobile burglaries occurred in various places around Poplarville.

In those burglaries items of value were taken from the vehicles, including purses, money and firearms.

Ogden said so far the investigation team has recovered five of the stolen firearms, with more expected to be located as the case continues.

According to Jackson County jail records, Nicholson was arrested back in July of 2020 for armed robbery and possession of a stolen firearm. Nicholson was recently indicted on those charges, those jail records show. 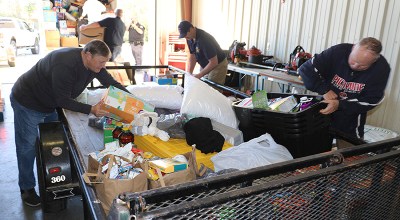