Regions Bank in Picayune robbed, second bank robbed in as many months 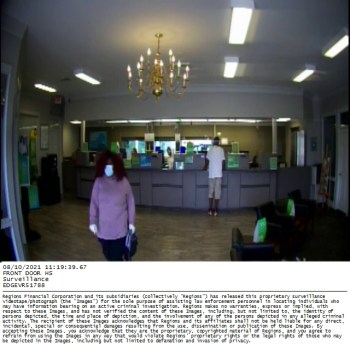 The woman in the pink shirt is a suspect in the bank robbery that occurred in Picayune on Tuesday at Regions Bank. 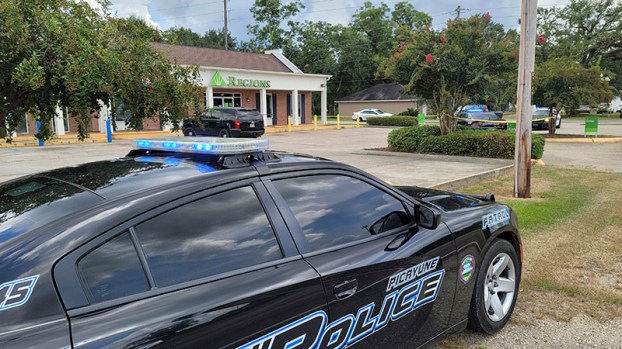 Investigators withthe Picayune Police Department have called in the FBI to assist with the investigation of two bank robberies that occurred in town within as many months. Tuesday, Regions Bank was robbed, and back on July 20, the north branch of FNB Picayune was robbed. Both cases involve a black female suspect who entered each bank and used a note to demand money before leaving the area. Investigators are working to determine a suspect in both cases and whether the two incidents are related. Photo by Jeremy Pittari

A second bank robbery in as many months occurred in Picayune on Tuesday.

Officers and investigators arrived and were informed that a black female entered the bank that morning before passing a note to a teller that stated the suspect was demanding money.

After being presented with the note, the teller gave an undisclosed amount of money to the suspect, who then fled on foot, Bolton said.

Bolton said that the case is ongoing and additional details are still being gathered.

This is the second bank robbery in Picayune in as many months.

Back in July, a suspect described as a black woman entered the north branch of FNB Picayune before presenting a note that also demanded money from a teller.

After receiving an undisclosed amount of money, the suspect fled in a black Jeep Liberty that appeared to have been painted black, but still showed traces of red underneath the rear spare tire mounts.

Bolton said investigators are determining if the two incidents are related, but can’t say with any certainty at this time since the investigation is just beginning.

Investigators are in the process of gathering all video footage from the area of Regions Bank and have notified the FBI, who is expected to assist with both cases.