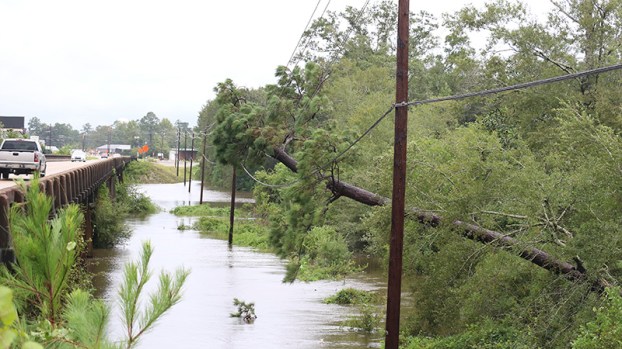 Falling trees in Pearl River County due to high winds from Hurricane Ida led to more than half of the county's population to be without power. This tree is resting on power lines along the Highway 11 bridge that crosses the east branch of the Hobolochitto Creek. Photo by Jeremy Pittari 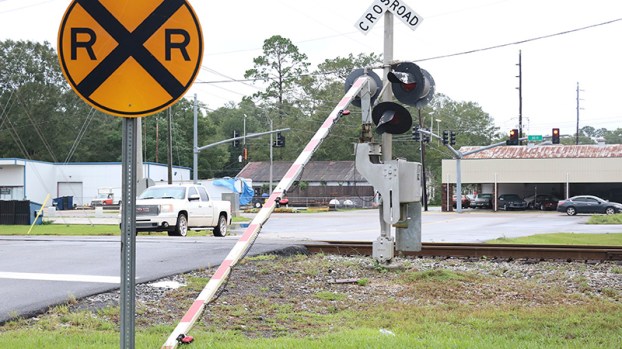 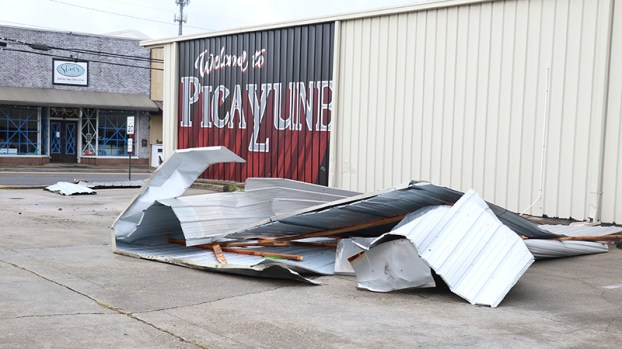 Metal sheeting from the roof of Stonewalls BBQ was found in this parking lot across the street from the business. The roof damage led to water intrusion within the business. Photo by Jeremy Pittari. 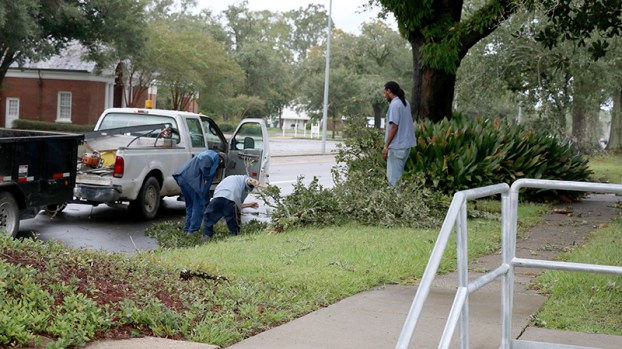 Hurricane Ida left a trail of downed trees and roof damage to some homes and businesses, but no major damage or fatalities have been reported in Pearl River County at press time.

By Monday morning, dozens of crews were preparing to restore power to thousands of Pearl River County residents. Pearl River County Emergency Management Director Danny Manley said that the storm caused 60 percent of the county’s residents to be without power and a large number of roads had downed trees and or power lines.

As of 9 a.m. on Monday, 14,506 Coast Electric customers in Pearl River County were without power. April Lollar, director of communications for Coast Electric, said that there are a total of 24,605 outages across the power company’s service area, which includes 85,000 total customers.

So far, no deaths have been reported in the city of Picayune as a result of the storm, said Jams Bolton, Assistant Chief of Police for the Picayune Police Department. Some homes did sustain damage due to falling trees, and several power lines are down throughout the city.

Pearl River County Sheriff David Allison said two deaths did occur over the night in the county, but were not directly related to Hurricane Ida. Some vehicle collisions were reported as well, but none of those incidents resulted in major injury or death.

Manley said that with the flood waters rising, four swift water rescue teams are staged and ready to respond to calls for assistance.

Tony Smith, owner of Stonewalls BBQ, said the storm took the roof off part of the business, causing water intrusion. He said he will try to reopen the business as soon as possible.